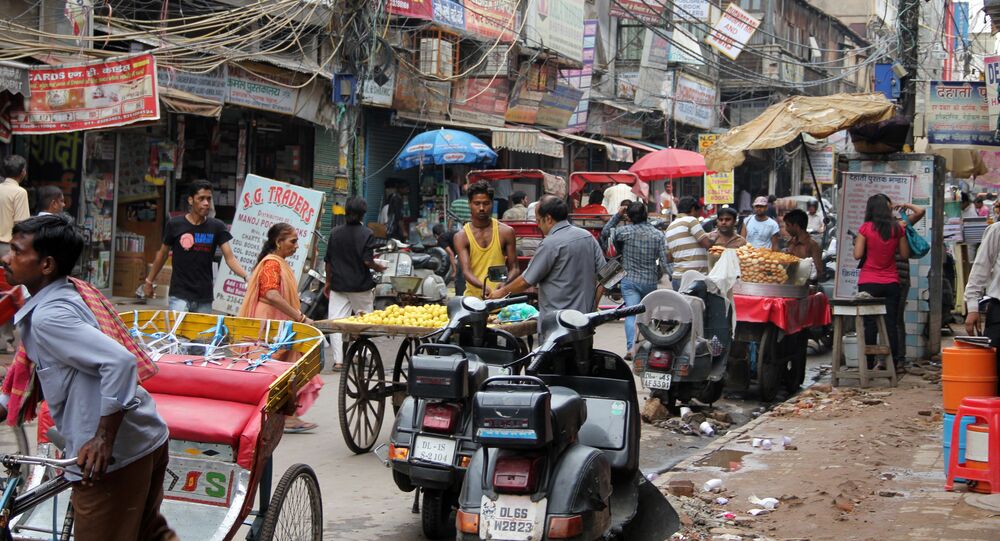 New Delhi (sputnik): Census in India is the largest single source of statistical information of the people of the country, an exercise carried out every 10 years. The last census was held in 2011 and the estimation for the next one in 2021 was planned to begin from 1 April until 30 September.

India has postponed the first phase of Census 2021 and an update of its National Population Register (NPR) indefinitely due to the ongoing coronavirus pandemic in the country.

On Wednesday, the federal Ministry of Home Affairs stated that “keeping the nation-wide lockdown in view, the first phase of the Census, beginning from 1 April 2020 and various related field activities are postponed until further orders.”

Census 2021 was scheduled to be conducted in two phases, (a) Housing Listing and Housing Census during April-September, 2020 and (b) Population Enumeration during 9-28 February 2021. The NPR update was also proposed to be done along with Phase 1 of Census 2021 in all of India's states except Assam and all of its union territories.

Many had called to suspend the NPR, including opposition parties and some citizens, as it was alleged to be tied to the controversial Citizenship (Amendment) Act (CAA) and proposed National Register of Citizens (NRC). The central government has rejected any connection between NPR and either the CAA or the proposed NRC.

The CAA, which was ratified by the federal government in December of last year, was aimed to grant Indian citizenship to illegal immigrants from three neighbouring countries – Pakistan, Bangladesh, and Afghanistan, who had arrived before 2015. However, the amended law excluded Muslims from this citizenship offer amid a push for immigration reform spearheaded by Prime Minister Modi's Hindu nationalist party. The new rules were denounced as anti-Muslim and unconstitutional and led to numerous riots throughout the country.

The NRC was aimed to create comprehensive database of the Indian citizens and facilitate the deportation of immigrants living illegally in the country.

India has recorded 512 active cases of coronavirus and 11 deaths, according to the federal health ministry.