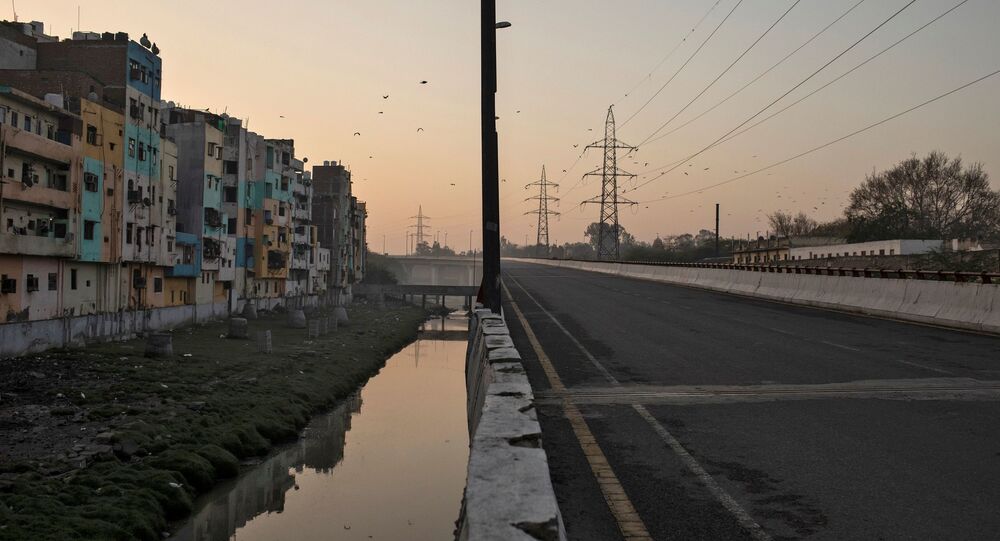 New Delhi (Sputnik): Indian Prime Minister Narendra Modi has announced a 21-day lockdown across the country to stop the spread of Coronavirus. The government has banned the gathering of people, including religious congregations, under its prohibitory orders.

In spite of a ban on religious gatherings, India’s northern state Uttar Pradesh chief Yogi Adityanath started a procession to mark the beginning of a nine-day Hindu festival in the city of Ayodhya on Wednesday morning.

​The yogi took Lord Ram’s idol from the main temple building to a temporary place as it is going to be under construction. Earlier, there were rallies scheduled to mark the event but they were cancelled as social gatherings posed health hazards.

However, it seems like the restriction was only for people, and not the state chief, as he commemorated the event with a number of other officials.

As per the directions from the Centre on Tuesday, violating/refusing to comply with the order might attract two years jail term. Furthermore, Point 9 of the guidelines issued by Centre states “no religious congregation will be permitted, without any exemption”.

Netizens are slamming the state chief for violating the curfew on Day 1.

Clear cut case of 21 day lockdown breach...If this is what @narendramodi you meant by effective social distancing then we all deserve to die because of leaders like @myogiadityanath

abbe chommu! please understand the meaning of social distancing from @AmitShah he seems to have disappeared from the face of earth

The Chief Minister does not seems to be concerned about people's lives at a time when world is fighting is pandemic, this man thinks it's a usual business for him. Lectures only seem good when it is taken seriously by all,COVID-19 won't see whether you're in Ayodhya or Manhattan

He is not following PM Modi 21days lock down decision why? Can we call him anti national?

​The nine-day Hindu festival from 25 March to 2 April marks the birth anniversary of the Hindu deity Lord Rama. The celebrations in the city of Ayodhya were going to be grand this year, but they were cancelled amid the backdrop of the Coronavirus.

The celebrations in the city of Ayodhya, believed to be the birth place of Lord Rama, were of immense importance to Hindus this year as they celebrations were planned around the construction of a Ram temple on disputed land after a centuries-old debate.

The Supreme Court of India, in November 2019, had announced that in the Ayodhya disputed land case between Hindus and Muslims, the former would retain the land and an appropriate area would be allotted for the latter to build a mosque.