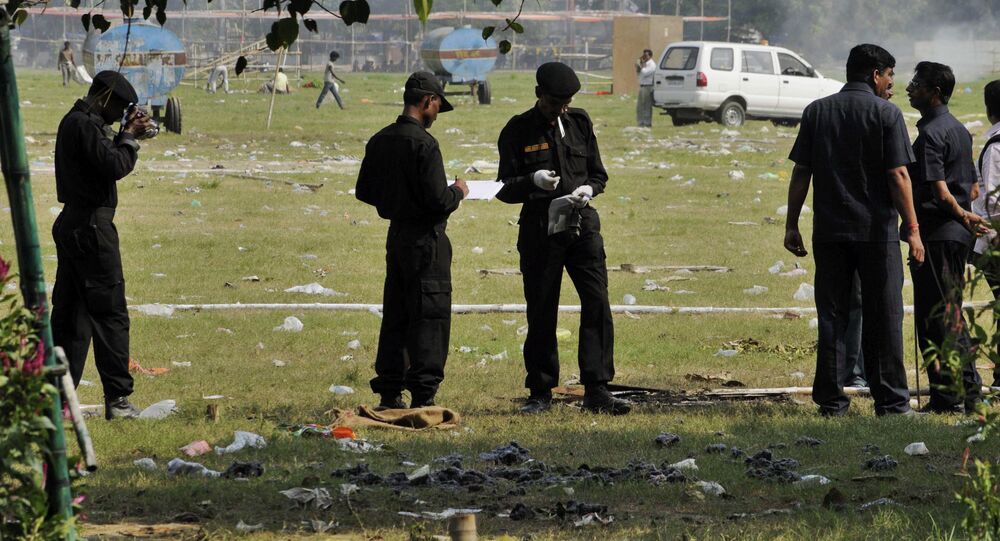 New Delhi (Sputnik): Several of India's central and eastern states have been badly impacted by left-wing insurgents for decades. Armed Maoists claim to be fighting to provide justice for the poor with the guerrilla group mainly concentrated in dense forest areas.

The Central Reserve Police Force (CRPF) along with a specially trained CoBRA battalion thwarted a major Maoist attack by recovering 64 landmines planted in Gaya in the eastern state of Bihar.

The landmines were traced and successfully diffused by the CoBRA battalion, which specialises in jungle warfare.

The news comes after 17 security personnel were killed during an ambush on 21 March in a Maoist attack on the Sukhma district of Chhattisgarh state.

Inspector general of police Sundarraj Bastar confirmed that arms and ammunition, including 12 AK-47 rifles were looted by the Maoists.

The attack took place during a joint operation of the CoBRA battalion, Special Task Force (STF) and police after they received a tip-off of that large number of Maoists were moving from Kasalpad towards Elmagunda. The attack was thwarted after the Maoists discovered that 550 security troops were in the forest.

But the guerrillas then launched a surprise attack on the troops as they were retreating. The rebels ambushed them, opening fire on security personnel. The gun battle reportedly lasted for two hours.

Several central and eastern states, including Bihar, Chhattisgarh, Jharkhand and Odisha have been affected by the left-wing insurgency with more than 8,000 people killed between 2004 and 2019.