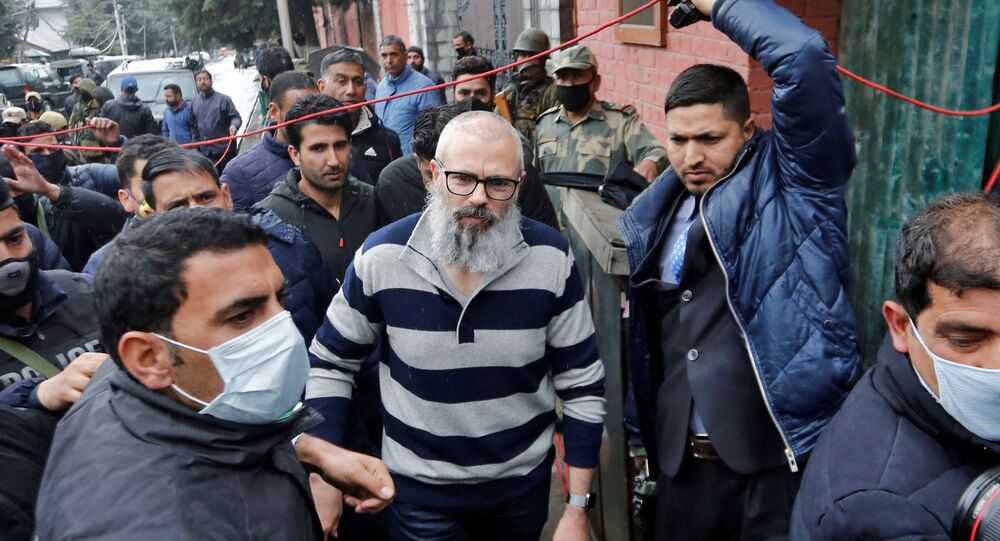 New Delhi (Sputnik): Around 500 Kashmiri leaders were detained after India stripped the state of its special status in August. Among those detained were former state leaders Farooq Abdullah, Omar Abdullah, and Mehbooba Mufti.

The Indian government released former Jammu and Kashmir chief Omar Abdullah after eight months of detention on Tuesday. Rohit Kansal, the principal secretary of Jammu and Kashmir, confirmed the decision in a tweet.

​On 13 March, the government had released Omar Abdullah’s father and also former state chief Farooq Abdullah. This is the second big release from among the Kashmiri leadership while another former J&K chief Mehbooba Mufti remains under detention.

After his release, Omar tweeted that it's a different world now.

232 days after my detention today I finally left Hari Niwas. It’s a very different world today to the one that existed on 5th August 2019. pic.twitter.com/Y44MNwDlNz

Soon after the announcement of Omar's release, Mehbooba said: "Glad he will be released. For all their talk of nari shakti (women empowerment) and women emancipation, seems like this regime fears women the most."

The leaders were jailed under the Public Safety Act, under which the government can detain a person for up to two years without trial.