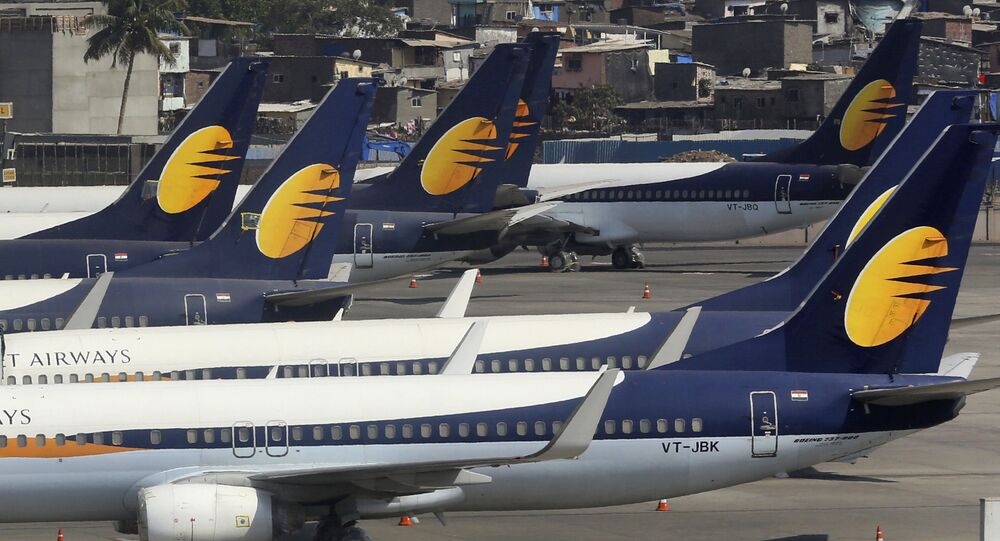 New Delhi (Sputnik): As a precautionary measure against the further penetration of the coronavirus infection, India has halted flight and train services internally, as well as internationally until 31 March. But hundreds of Indians were caught unawares and stranded at airports both within the country and outside, unable to get back home.

On Tuesday, a video of a bunch of Indian medical students stuck in Kazakhstan went viral on Twitter, as they were unable to return homej; India has suspended all international and domestic air services until March in the wake of the COVID19 outbreak.

“To study medicine, we students from several regions of India – right from Kashmir to Tamil Nadu -- we are all stranded here. We came to Kazakhstan on the 20 March and as soon as we reached we were informed that India’s international borders are being shut and no flights will depart for Delhi," one of the masked students narrated the situation from an airport there.

"Our tickets have been cancelled; the local transports here also have been shut down so we cannot go back to the hostel because it is 745 miles (1,200 Kilometres) away from the airport. We have been here at the airport for three days now. We are a strength of over 200 students. The locals are troubling us because we are foreigners to them. The airlines have told us that only if the Indian government requests, that the students will be able to return to India. We do not even have proper arrangements to eat,” he added.

Stranded Indians in Kazakhstan plead for help. Group of 97 Indians are stranded at the Almaty Airport. They are hoping Indian govt will bring them back soon. @Ieshan_W #CoronavirusPandemic pic.twitter.com/yraaFhp3Zd

​Another video showed Indians waiting restlessly at Malaysia's Kuala Lampur airport, just wanting to return home. In the video, an Indian man is urging the government to help them.

“We have been sleeping at the airport for the last three days. Nobody is helping us. The Indian Embassy is also not responding to us. There are no facilities here to even take a bath.”

Indians held up in Kuala Lampur airport because of suspension of flights coming back to India for the time-being.

​Since India's federal government suspended all domestic air services in the early hours of the morning on Tuesday, and most states and federally administered regions have declared a complete lockdown, students in various parts of the country were asked to vacate their college dormitories to limit the risk of infection. They now have no place to go, since all flights also remain cancelled.

A group of Kashmiri students held a protest in Bengaluru city’s Kempegowda International Airport, where they asked the government authorities, “What should we do now?”

Pictures of the masked students holding placards were also making their rounds on social media.

India had been quick in bringing back nationals stuck in other countries, including China, Iran and Italy.

however, there has been no word from the government about bringing back passengers stuck in other international airports while the country is under a strict lock-down.

Since the first confirmed case of Coronavirus in India was recorded on 30 January, the number has steadily increased. As of 24 March, the federal Ministry of Health and Family Welfare has recorded 9 deaths and 492 active cases, which includes 41 foreign nationals.

So far 32 states and federally administered regions have declared a total lockdown till 31 March, while 4 have imposed a partial lockdown.

Prime Minister Narendra Modi is set to appear on national television Wednesday, his second time within six days. Earlier, in a televised address, he asked people to pusu a self-imposed curfew - Janata Curfew on Sunday (22 March).