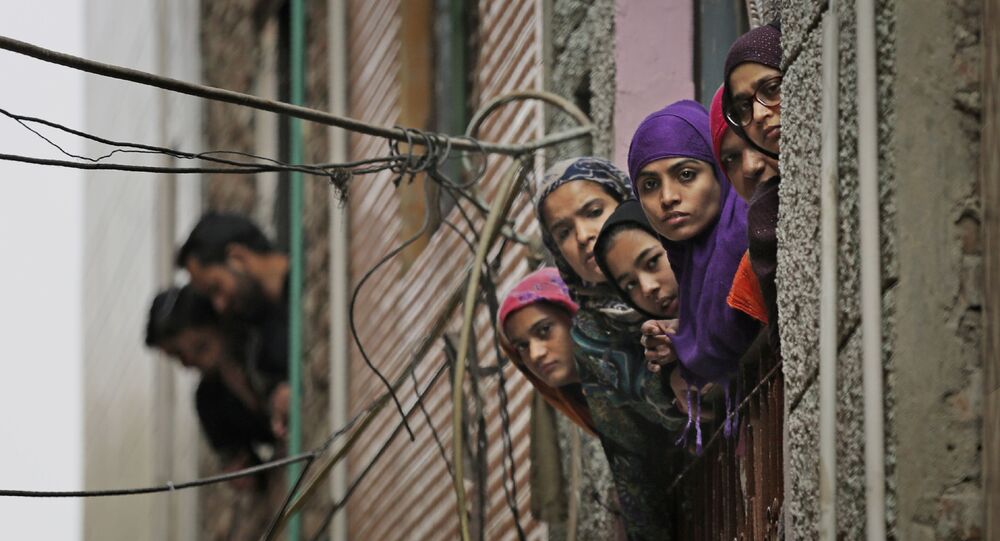 New Delhi (Sputnik): The protest at Delhi's Shaheenbagh has been going on for almost 100 days. Recently, protesters have been warned to clear the site due to the spread of the coronavirus.

An anti-citizenship law protest site has been cleared by police in Shaheeh Bagh, Dehli, after Delhi chief Arvind Kejriwal announced restrictions on gatherings of more than 20 people last week to slow the spread of the pandemic. Tents were dismantled after protesters were removed and several people were detained from Delhi's Shaheen Bagh after they resisted. Nine protestors, including six women, have been taken to custody.

DCP South East:People at the protest site in Shaheen Bagh were requested today to clear the site as lockdown has been imposed. But after they refused, action was taken against violators as the assembly was unlawful. Protest site has been cleared.Some protestors have been detained https://t.co/lVgXzL9WD6 pic.twitter.com/0uBdwGHKMw

Shaheen Bagh protesters evicted by police due to the #Coronavirus outbreak pic.twitter.com/H4KoKFmH1C

Introduced in December 2019, the CAA grants citizenship to undocumented Hindu, Sikh, Christian, Buddhist, Jain, and Parsi immigrants from Pakistan, Bangladesh, and Afghanistan. The law sparked violent protests across India for purportedly discriminating against Muslims, who form a minority in the country of an estimated 200 million.