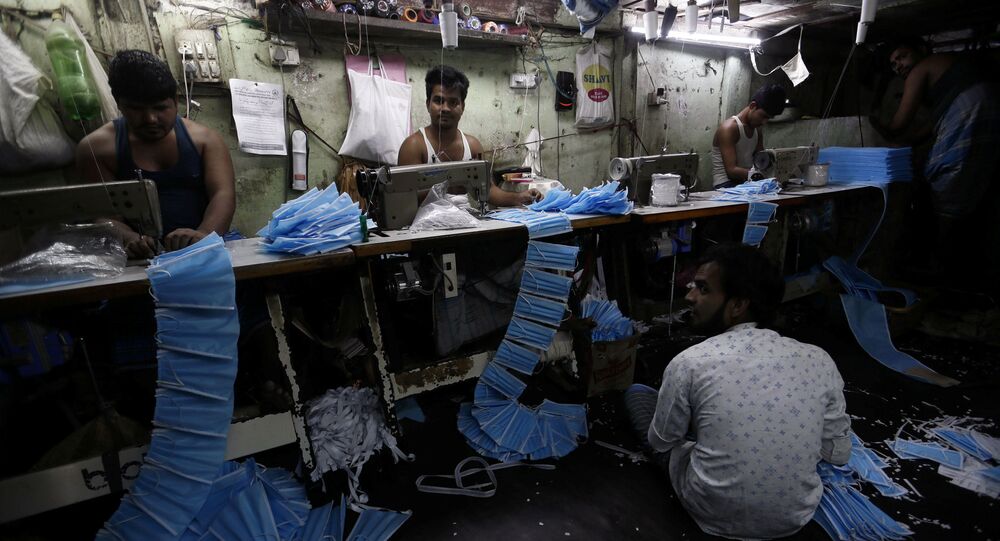 New Delhi (Sputnik): Sparking fears that community transmission has begun in India, the number of confirmed coronavirus cases in the country has seen a spike, rising to 415 so far. The Modi government and authorities in several states have imposed lockdowns and curfews to control the spread of the infection.

The former chief of India's main Opposition party Congress, Rahul Gandhi, has slammed the Bharatiya Janata Party-led government for giving approval to the export of essential medical goods to other countries until 19 March.

The spokesperson for Congress, Randeep Surjewala, has levelled similar accusations against the Modi government.

Sharing a document, Congress member Surjewala wrote in a tweet, “Prime Minister, this is an unpardonable crime and conspiracy. The World Health Organization had said that ventilators, surgical/face masks and masks/gown making items should be stored”.

Surjewala also demanded the sacking of the country's commerce minister and other government officials for permitting exports amid shortages of such essential items for the country's own doctors, nurses, and patients.

"Should you (the PM) not sack Union Commerce Minister &; Commerce Secretary for permitting exports of ventilators and other raw material?" asked Surjewala.

The Congress member quoted the World Health Organisation and said that the watchdog had asked countries to stockpile ventilators, surgical masks, face masks, and other items and yet India had permitted them to be exported at 10 times the price until 19 March.

Industry sources revealed that most of the export requests came from Italy and Israel. The sources added that exporters had enough inventories to meet the demand of export without any negative impact on the Indian market.

Nevertheless, as the outbreak has spread across the country, with a rise in local demand for medical gear, there is a shortage of the same in the nation, especially after the supply disruption of raw materials from Europe and China.

Meanwhile, the number of confirmed coronavirus cases in the country has reached 415 and seven deaths due to the same have been reported. The Indian Council for Medical Research (ICMR), India’s premier research lab, told media that they have ordered 1,200 ventilators and are stepping up the testing of suspected cases.