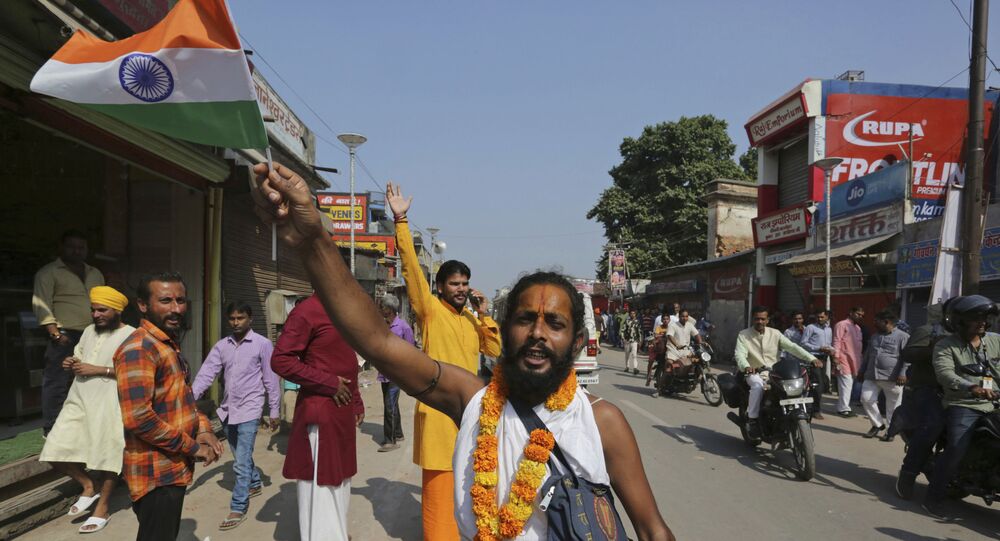 New Delhi (Sputnik): Hindus in a northern Indian state were excited about the upcoming Ram Navami, a nine-day festival to mark the birth anniversary of the important Hindu deity Lord Rama. This year, the celebrations were special due to the Ayodhya verdict, which allowed Hindus to retain disputed land to build a temple dedicated to Lord Rama.

A day after receiving a nod from the government to celebrate the nine-day religious fair from 25 March to 2 April, a fringe Hindu group, Vishwa Hindu Parishad, cancelled the rallies to mark the birth anniversary of Lord Rama against the backdrop of the coronavirus outbreak on Friday.

The decision comes amid the health hazard posed by the coronavirus outbreak, where authorities have banned social gatherings of people to control the spread of the disease.

So far, India had recorded 171 positive cases of COVID-19 and four deaths due to the virus.

The celebrations in the city of Ayodhya, which is believed to be the birth place of Lord Rama, were of immense importance to Hindus this year as they had planned the celebration around the construction of a Ram temple on disputed land after a centuries-old dispute.

Confirming the development, Vishwa Hindu Parishad President Alok Kumar said that all the big processions that were planned to celebrate the Ram janam bhoomi verdict (Birth place of Lord Rama), mandating the construction of a Ram temple, have been postponed and cancelled as of now.

A Rashtriya Swayamsewak Sangh-affiliate will observe a quiet ceremony for shifting Lord Rama to a new fibre glass structure so that construction of the temple can be expedited.

In November 2019, a Supreme Court verdict in the Ayodhya disputed land case between Hindus and Muslims announced that the former would retain the land and an appropriate area would be allotted for the latter to build a mosque.

Hindus claimed the plot of land as the birthplace of Lord Rama, which was also the site of a mosque built by a Mughal king.