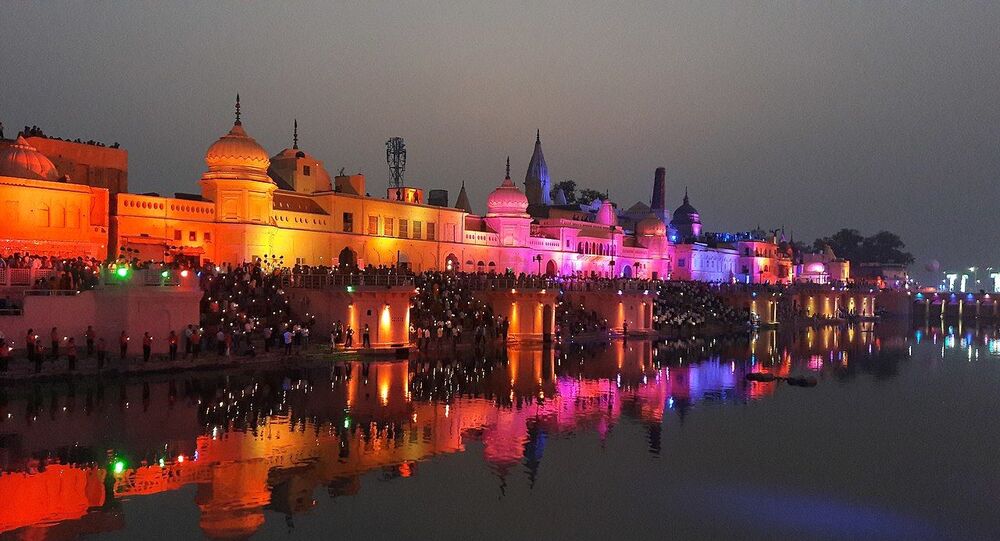 New Delhi (Sputnik): The Indian state of Uttar Pradesh, headed by ascetic chief Yogi Adityanath, ordered the closure of schools, universities and public places in a bid to arrest the spread of COVID-19. The state has the third highest number of confirmed cases of the viral infection, with 17 people currently in treatment, while five have recovered.

Despite the massive efforts taken by India's federal government and states to prohibit public gatherings, authorities in Uttar Pradesh have decided to go ahead with a religious fair to celebrate the hugely popular Hindu deity Lord Ram in Ayodhya, believed to be the birthplace of the god.

The fair will be held from March 25 to April 2 and is expected to attract millions of devotees.

The nod to the event came against the backdrop of the closure of schools and universities until the end of March in the wake of the COVID-19 outbreak. The state government has also imposed prohibitory orders barring assembly of four or more persons in Noida, a satellite city adjoining the national capital, Delhi.

The decision to go ahead with the celebratory event hasn’t gone down well with netizens: while some call it “very dangerous”, others are anxiously tagging the World Health Organisation, requesting it to “please stop” the enormous annual event.

@RubikaLiyaquat @myogiadityanath @upgovt Sir, To allow such a large gathering at Ram Navmi mela is VERY DANGEROUS.
This can lead to community level breakout of coronvirus in india & lead to disaster. One of the main reason for coronvirus spread in Spain was women's day March .

@ndtv @ArvindKejriwal @PMOIndia @WHO please stop this ram navami festival in Uttar Pradesh scheduled to begin on 25th March. It will undo all the effort to curtail the virus https://t.co/n8FpGYiWKz

If PM #Modi wants the nation to take him seriously on the #COVID2019india issue he must ask @myogiadityanath to withdraw the decision to go ahead with the Ram Navami Mela in such a crisis. Unless Modiji takes action, his address will ring hollow.

A few reports, meanwhile, quoted religious leaders in Ayodhya that Lord Ram would ensure that no harm is caused during the event.

Some tweeps drew parallels between the giant fair and the Shaheen Bagh protest, lashing out at the media for portraying the strike as a threat in times of the coronavirus, but not doing enough to attract attention to this event.

The Shaheen Bagh sit-in is continuing against a new citizenship law in the country, spearheaded by women, and has been going on for almost three months. The law, enacted by the federal government in December 2019, seeks to grant citizenship rights to illegal immigrants from non-Muslim minorities from Afghanistan, Bangladesh, and Pakistan who arrived in India before 2015.

The law was seen as discriminatory and a violation of the secular credentials of the Indian constitution by a section of political and citizen right groups, although the federal government has claimed that it did not impinge upon any existing rights of citizens.

Are Godi Journos really concerned about the People or Just playing on their Agenda?#ShaheenaBagh #nocaa

Shaheen Bagh people are not ready to go home and also Ram Navami people are going to gather for almost a week for the celebration.

Not Allah nor Ram is going to save you from getting infected from coronavirus.

Shaheen bagh is also legal, even the Supreme Court has not stopped it. Anyway, let Ram Navami celebrations go on, Hindus are a protected species !