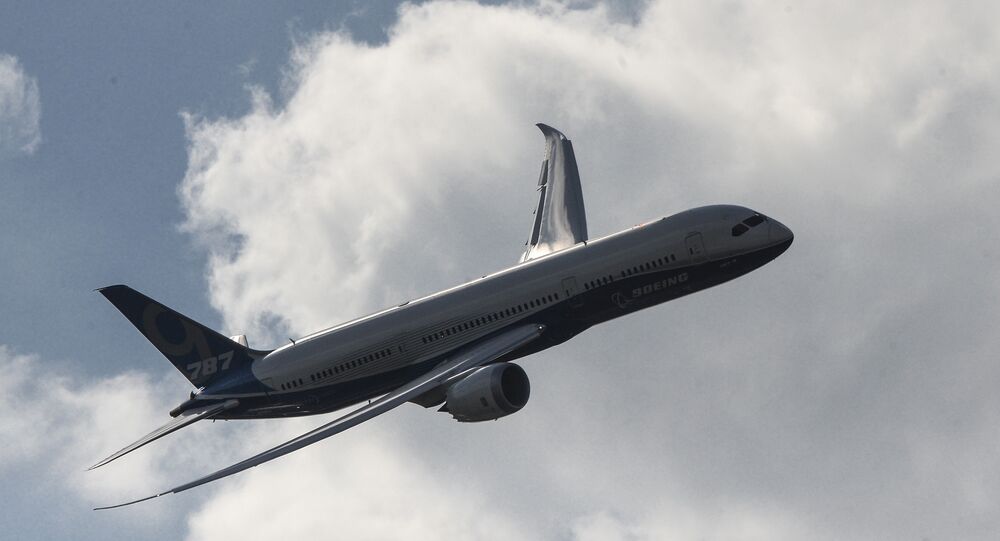 New Delhi (Sputnik): Empty flights and deserted airports are no longer an anomaly given the pandemic that has claimed thousands of lives. A global market intelligence body for aviation and the travel industry has predicted that most airlines across the world could be bankrupt by May.

At a time when the aviation sector is bearing the brunt of the coronavirus, India's newest full-service airline Vistara has started operation of the country's first Boeing 787-9 Dreamliner, a wide body aircraft.

The private airline, a joint venture between India’s Tata Sons Limited and Singapore Airlines, has opened bookings for the newly-inducted aircraft’s first commercial flight scheduled for the Delhi-Mumbai route on 19 March. The aircraft was unveiled on 2 March.

The launch of a 299-seater wide-body aircraft comes as the aviation sector faces a slowdown due to high travel cancellations and restrictions in the wake of the coronavirus spread.

According to Centre for Asia Pacific Aviation India (CAPA India), an aviation consultancy firm, India may end up grounding 150 aircrafts and all its international fleet in the wake of the spread of virus. This would result in reduced operation – 30 percent less airline staff and the grounding of 50 percent of ground staff at airports.

In its report titled 'Impact of Covid-19 on Indian Aviation, CAPA said, “due to significant decline in flying, Indian airlines may ground 150 aircraft (including almost all of the international fleet)” adding that the number might increase depending on domestic operations.

Private Indian low-cost carriers such as Indigo has already cancelled flights between Delhi-Istanbul and Chennai-Kuala Lumpur from March 18 until March 31.

The International Air Transport Association (IATA) an umbrella body of air operators, has predicted a $113 billion revenue loss for the aviation industry.

Meanwhile, Civil Aviation ministry guidelines for airlines, including the waiving of rescheduling and cancellation charges, are likely to place airlines under further strain.

Witnessing a gradual increase in the spread of coronavirus in the country, India has so far registered 134 confirmed cases, with three deaths.

Infected or Not, Indian Airport Operators Want Flyers to Shell Out 'Corona Surcharge'