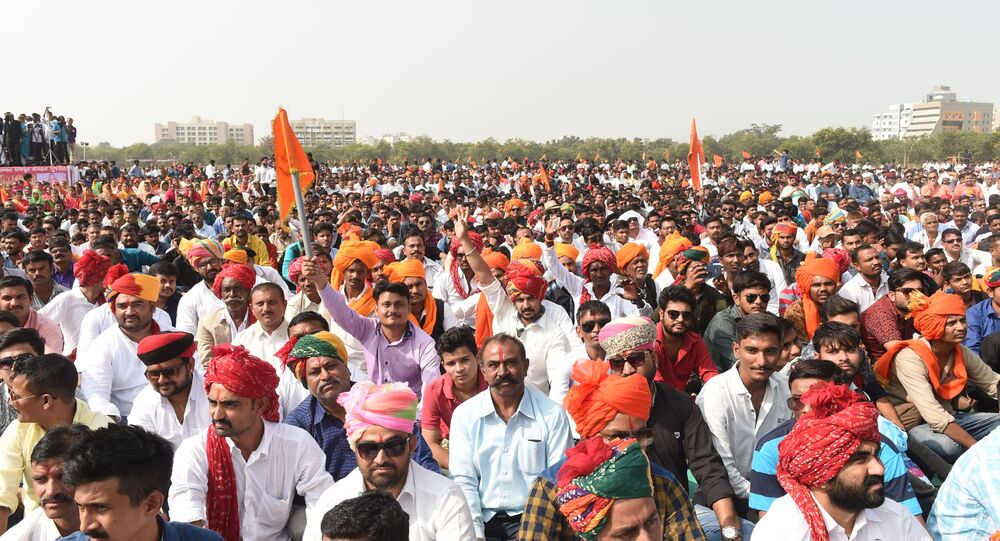 New Delhi (Sputnik): Bollywood film “Prithviraj” is one of the most anticipated period-drama based on the life of 12th century king Prithviraj Chauhan featuring superstar Akshay Kumar in the lead role, along with Miss World 2017 Manushi Chillar who is making her acting debut.

Karni Sena, a group that claims to represent warrior castes in parts of India, has disrupted the shooting of the forthcoming Bollywood film “Prithviraj” in Jaipur as they insist that the makers have no right to show what they say are inaccurate or wrong facts in the film based on the life of the 12-century king Prithviraj Chauhan.

The outfit demanded a written assurance from the filmmakers that there would be no misrepresentation of facts in the movie and also stated that they can't portray Prithiviraj as a lover in the film, having even asked the creators of the movie to show them the script before proceeding with the shooting.

The film, directed by Chandraparaksh Dwivedi,  is set to release in November this year.

This is the same fringe group that has disrupted the set of Deepika Padukone starrer Bollywood film “Padmavat” (then titled Padmavati). The outfit claimed that the film was tampering historical facts and portrayed the 14-century Queen Rani Padmini in an objectionable way, and alleged that the film has a dream sequence where she is involved in romantic scenes with the Sultan of Delhi, Alauddin Khalji.

Some members of the group even threatened to kill the director, who has repeatedly assured that the movie will not present any such scenes, nor "distort" the historical facts.

Two years ago, members of the group assaulted the director in Jaipur, destroyed his filming equipment, while in a separate attack the film's set was set alight with petrol bombs.

These protests against the movie led the filmmakers to postpone the release of the movie and even changed its name from "Padmavati" to "Padmavat".

Karni Sena, a Rajasthan-based organisation, got its name from Karni Mata, who is believed to be the incarnation of the Goddess Durga (the goddess of war) by her followers.

‘Together We Can’ Bollywood’s Priyanka Chopra, Deepika Nominated By WHO To Promote Clean Hands