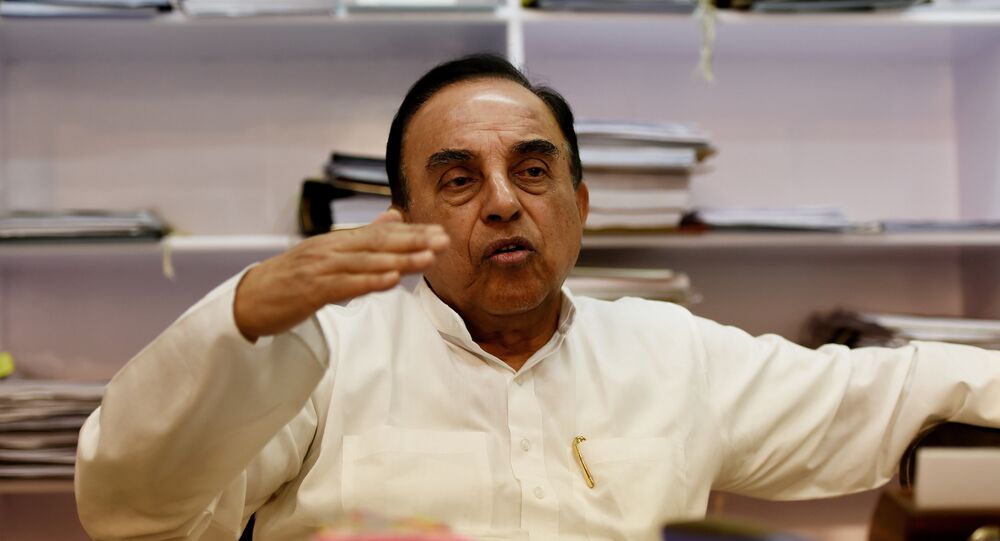 New Delhi (Sputnik): Subramanian Swamy, a legislator from India’s Bharatiya Janata Party (BJP), is known for his comments tinted with Hinduisms and has sparked controversy in the past. Similarly, top Indian lyricist, Javed Akhtar, has locked horns with the BJP parliamentarian in the past over the latter’s social media posts.

Taking a swipe at Swamy's tweet, lyricist Akhtar, who was at one time a member of the Indian Parliament's upper house Rajya Sabha, stated: “Like you were kicked out from Harvard? You deserved it and I am sure so do these Imams. You all are the birds of the same feathers. You all spread wings to spread hate".

Like you were kicked out from Harvard ? You deserved it and I am sure so do these Imams . You all are the birds of the same feathers . You all spread wings to spread hate .

​Akhtar’s Harvard University jibe comes after the educational institution in December 2011 dropped two economics courses taught by Swamy in view of the objectionable articles that he wrote about Islam.

The comment by Akhtar, a Muslim by religion, invited tweeples to launch a spree of criticism at him, saying the lyricist looked “irked” by Swamy’s tweet despite claiming himself an atheist.

Ohho ! An athiest is hurt by expulsion of Imams from mosque of Austria . 😅😅 कैसे अथिस्ट हो बे तुम ? #JavedAkhtar

I can visualise Mr Swamy laughing at your reaction .

​A few netizens sided with the BJP politician Swamy on Twitter and asked him when India would do the same.

Sir, India should be following this path. When would that happen ?

Oh so finally their mental flash light 💡 is working? Isn’t is too little, too late ?

This is not the first time that the duo has clashed on social media. Swamy last year claimed that Taj Mahal, a famous Mughal-era monument, is a Hindu monument. To which Akhtar responded with a high degree of sarcasm.

... and Macbeth was written by swamy ji .

The ​Taj Mahal is a mausoleum built by Mughal Emperor Shah Jahan in memory of his wife Mumtaz Mahal in the 17th century.