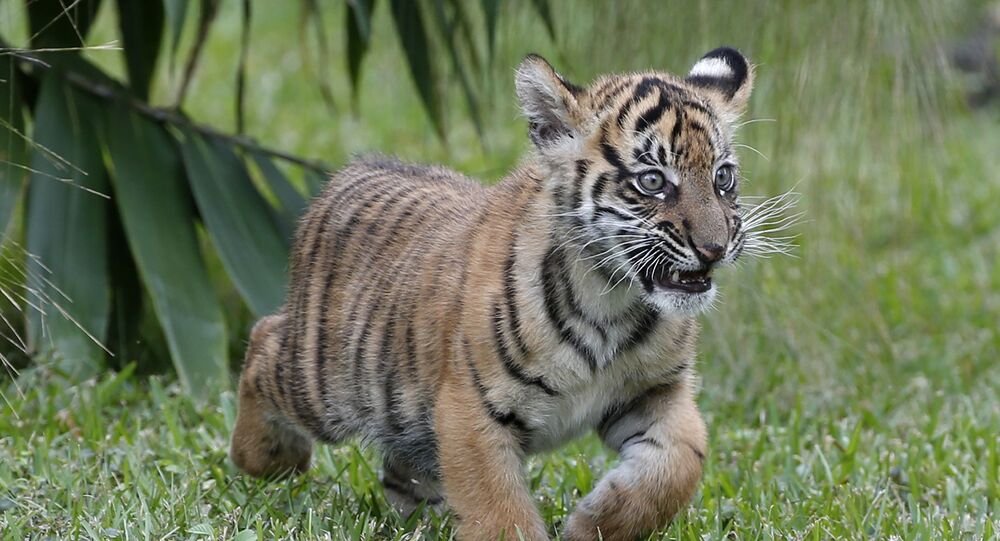 New Delhi (Sputnik): In 2019, Indian Prime Minister Narendra Modi revealed that there were just 2,967 tigers alive across the country, and noted that the protection of their declining population remains a primary concern for wildlife bodies.

A tiger, believed to be from the Kanhargaon Wildlife Sanctuary in the state of Maharashtra, has been found dead near Chandrapur district.

According to forest officials, the cause of the tiger's death is being speculated as electrocution. However, a post-mortem report on the animal has yet to be done.

In a picture that has been making the rounds on social media, a medium-sized tiger can be seen lying on the ground.

Bollywood actor Randeep Hooda, who is known for his wildlife activism took to Twitter to comment on the incident:

Wonder who’s job it is to check the voltage of electric fences & why is it that people have to have such high power fences ? A little shock is enough to deter the animals from entering..why not solar fences ? They are subsidised by the govt @MahaForest @ntca_india @AUThackeray ? https://t.co/QyyAvASjDQ

​Forest officials also stated that action will be taken against the people found at fault. The Kanhargaon Sanctuary proposal was first mooted in 2014 and approved by the state board of wildlife in 2018.

According to the All India Tiger Estimation Reports of 2018, the total number of tigers in Maharashtra jumped from 190 in 2014 to 312.