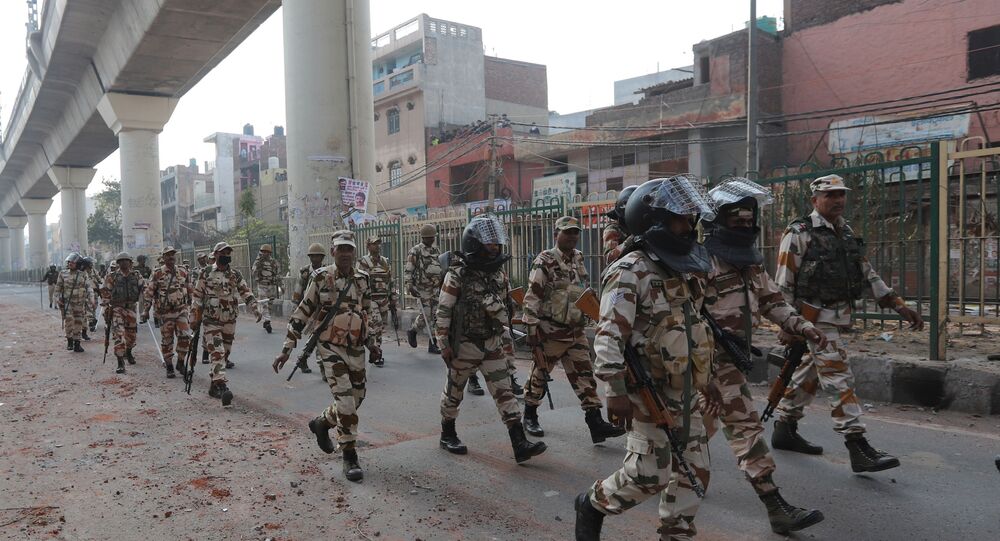 Indian Home Minister Amit Shah on Thursday told the parliament that the government would instill a sense of fear among Delhi rioters by not letting any escape justice.

“If people who were part of the violence and are absconding think they are saved, they are wrong. We will find them from the depth of 'Patal' (the netherworld) and punish them. They won’t be spared regardless of their caste, creed, religion or political affiliations,” Shah said, in response to discussion in the parliament's upper house, Rajya Sabha, over last month’s violence in northeast Delhi.

He apprised the members of the House that, by Thursday morning, over 700 first information reports (police complaints) were registered by Delhi police and currently at least 1,922 rioters had been identified.

“Over 1,900 faces of people inciting violence have been recognised by Facial Recognition software. These people were spreading arson and breaking infrastructure. Aadhaar data has not been used in Face Identification process, only Driving license and Voter ID database have been used,” Shah said, adding that at least 40 teams are working to identify and detain those that are suspected of being the culprits.

Shah appealed to parliamentarians that police be empowered to use scientific methods to bring the culprits to justice, including allowing increasingly invasive surveillance techniques regardless of whether they are judged to be a breach of privacy.

The Indian Home Minister said the government has evidence that provides a link between Daesh and anti-Citizenship law (CAA) protesters.

“We had information from several agencies that money had come from abroad and from the rest of the country and was spread in Delhi before the 24th morning and after which the riots took place,” Shah said.

Shah also slammed the country's main opposition party Congress, saying “there were riots during the Congress time, they must have tried to pacify the riots and we will also pacify the riots. But the attempt to put [the cause of the riots) on my party and ideology is condemnable [sic] when the reality is that 76% people [over decades of violence] have died in the riots under Congress rule.”

Home Minister Shah's response came after the massive criticism the government has faced, during an ongoing budget session of parliament, from multiple political parties for not preventing riots in the nation's capital city.