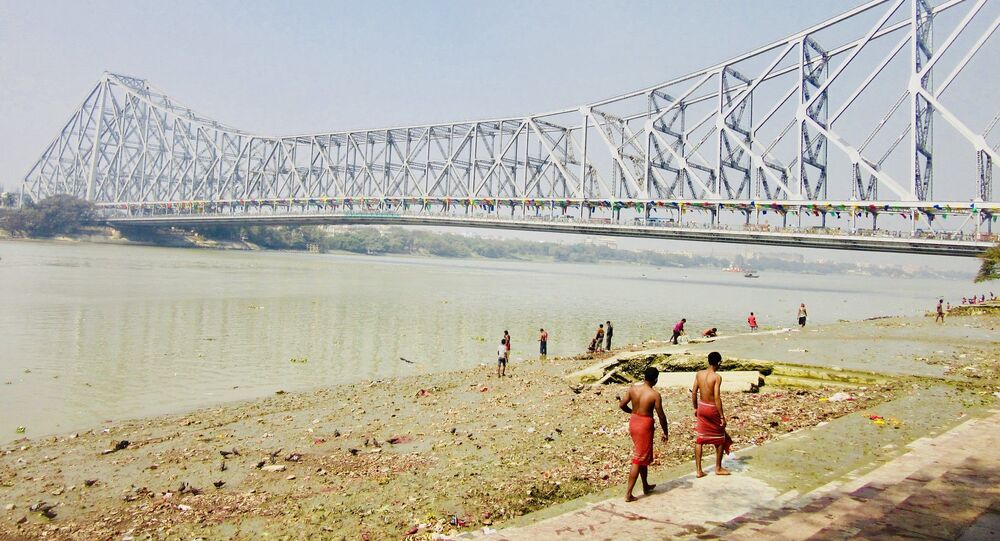 New Delhi (Sputnik): Several cement manufacturers in Bangladesh import fly ash from India’s thermal power stations. The ash is transported through inland waterways, including the River Ganges, which is called Hoogly in West Bengal, where it splits into two, with one flowing into Bangladesh.

A Bangladeshi container ship carrying fly ash was heading back home when it had an accident with an Indian dispatch vessel in the Hooghly River in West Bengal and sank along with its cargo on Thursday, the media reported.

The Bangladeshi “M V Mamatamoy”, according to media reports, wrongly took the route of another vessel, owned by Kolkata Port Trust, named "Ravindra" and collided with it.

While the Bangladeshi ship sank, the damaged Indian vessel has been sent for repair.

All the crew members of the M V Mamatamoy have been rescued and are safe and sound; however, one person suffered injuries in the accident.

More details about the accident and the status of the crew members of the Bangladeshi vessel are not known as of now.

The state-run Kolkata Port Trust has ordered an inquiry into the incident.

Coal-fired power plants in India are required to give away fly ash to users, mostly cement manufacturers and the construction industry. India also exports fly ash to several countries – Bangladesh, as well as Afghanistan and nations in the Middle East.