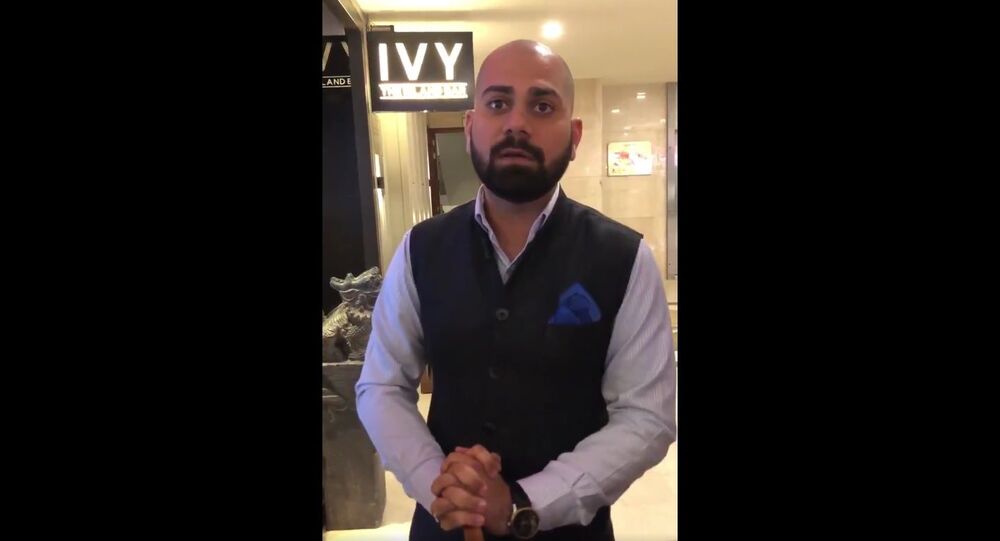 New Delhi (Sputnik): Indian traditional ethnic wear, widely wore by people in India of all classes, sparked a debate after a restaurant denied entry to a woman dressed in traditional national attire. A saree or salwar kameez (a tunic and trouser suit) is considered ethnic wear on the Asian subcontinent and is often worn by Bollywood celebrities.

A restaurant in the Indian national capital faced criticism for refusing entry to a woman who was wearing a traditional Indian outfit. The incident allegedly happened in ‘IVY – The Island Bar’ in South Delhi’s Vasant Kunj area.

The video, going viral on social media, showed the woman confronting restaurant staff for refusing entry based on the cafe's policy of not permitting people with “ethnic wear”.

“There are no comments by me, ethnic wear is something that we do not allow,” said a member of IVY’s staff after the woman confronted him for allowing “smart casual attire” but not Indian clothing.

@bishnoikuldeep My shocking experience with discrimination at Kylin and Ivy, Ambience Vasant Kunj this evening. Denied entry as ethnic wear is not allowed! A restaurant in India allows ‘smart casuals’ but not Indian wear! Whatever happened to pride in being Indian? Take a stand! pic.twitter.com/ZtJJ1Lfq38

The video has triggered angry responses from the people, who shunned the restaurant for “colonial practices and discrimination”.

But it points to a larger issue. The heavy colonial hangover and “wannabe” attitude to be accepted as modern & western has done great damage & eroded the value of our culture for successive generations. Blame successive UPA Govts. which only furthered these historic wrongs. 2/2

Omg are we still in British Raj era unacceptable 😡😡

The restaurant owner Sayrabh Khanijo said, it was a case of "complete miscommunication", and issued a clarification and apology following the incident. "We are a proud Indian brand and we will never have such a policy as long as India is our base. The bar manager is new and he was not able to convey the policy to the guest properly, " he said adding that the staff member believed that "smart casuals" do not include Indian garments.