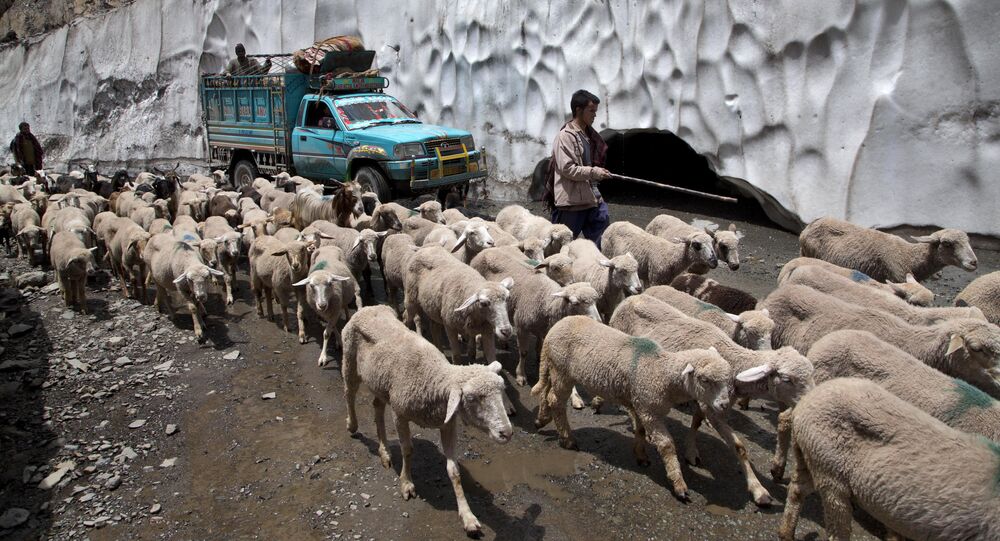 New Delhi (Sputnik): Cities in the Indian state of Uttar Pradesh have the highest unemployment rates in India, according to data for 2017-1018 released by the National Sample Survey Organisation. Federal government statistics for monitoring the Indian economy revealed unemployment doubled in the state from 5.91 percent (2018) to 9.95 percent (2019.

The Uttar Pradesh government led by aesthetic Chief Yogi Adityanath has devised a new scheme to provide jobs for unemployed people in the state – bring in 100 stray cattle a month and get a commission.

The scheme is part of the state government’s initiative to reduce the number of stray cattle on national highways passing through the region, which has turned into a major cause of accidents. The Adityanath-led government also roped in private firms and floated tenders for the same on 7 March 7.

While the monetary reward for unemployed individuals has not been announced yet, private firms, are required to catch 100 cattle in a month, and would receive $26 (Rs. 2,000) per cattle.

The scheme has been devised with a two-pronged approach - to provide employment to people in the state and to prevent accidents on the 302-km national highway between Agra and the state capital Lucknow.

The issue of stray cattle in the state has been no less daunting for the government than unemployment. According to the 20th animal census, there are 1.1 million (11 lakh) cattle in state from which farmers could derive no more value and therefore released out into the open. In most of these cases, the farmers were unable to bear the cost of maintaining the animal once it grows old.

This is not the first time the state government has launched such schemes for the unemployed in the area. The Yogi Adityanath-led government has time and again emphasised the welfare of the bovine species.

The government in August last year launched a similar scheme with monetary rewards for farmers who were willing to take care of stray cattle. The scheme named "Mukhya Mantri Nirashit, Be-sahara Gauvansh Sahbhagita Yojana" (Chief Minister’s Destitute Cattle Participation Scheme) stipulates the direct transfer of cash to the account of farmers who wish to enroll in the programme.