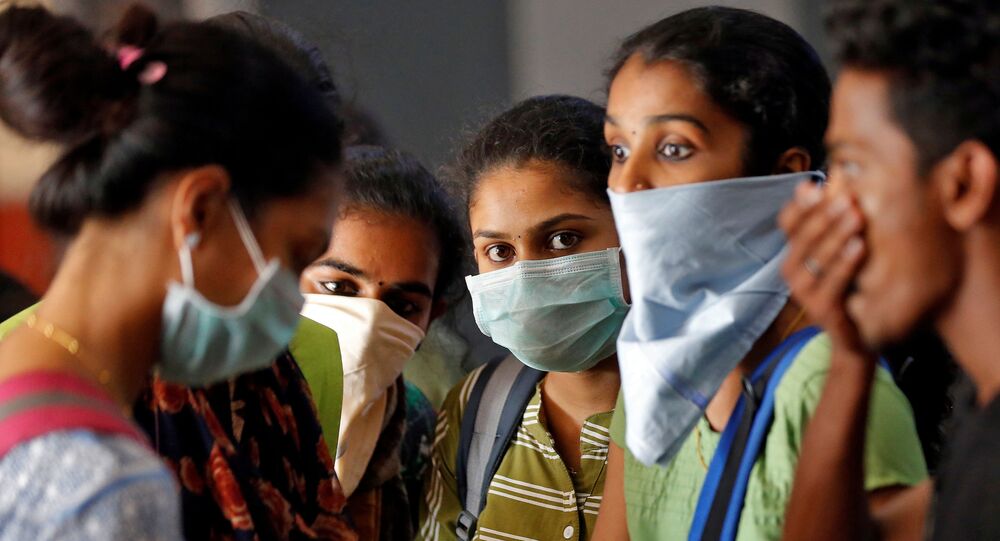 The move comes amid the ongoing outbreak of the Wuhan coronavirus hitting many countries, including India, where over 60 new infection cases of the COVID-19 virus have been registered, according to the latest reports of local authorities.

India suspended previously-issued tourist visas issued until 15 April as a preventative measure to attempt to contain the spread of the new coronavirus (COVID-19), the government press service said on Wednesday following a meeting of the high level Group of Ministers (GoM).

According to the GoM, all visas have been suspended except “diplomatic, official, UN/International Organizations, employment, project visas”. The suspension also includes visa-free travel card holders.

“All incoming travellers, including Indian nationals, arriving from or having visited China, Italy, Iran, Republic of Korea, France, Spain and Germany after 15th February, 2020, shall be quarantined for a minimum period of 14 days. This will come into effect from 1200 GMT on 13th March 2020 at the port of departure,” the press service said.

The government noted that “any foreign national who intends to travel to India for compelling reason may contact the nearest Indian Mission for fresh visa”, adding that “Visa of all foreigners already in India remain valid”.

Earlier in the day, the Indian government suspended visas issued to citizens of France, Germany and Spain. These restrictions are already in place for citizens of China, Italy, Iran, Japan and South Korea - the five countries worst hit by the outbreak of the virus.

In late 2019, China reported an outbreak of pneumonia in the Chinese city of Wuhan, capital of central-eastern Hubei province, caused by a new strain of coronavirus.

Globally, the virus has infected over 125,000 people in more than 110 countries and caused over 4,600 deaths, the overwhelming majority in mainland China. Some 67,000 are said to have recovered from the infection.