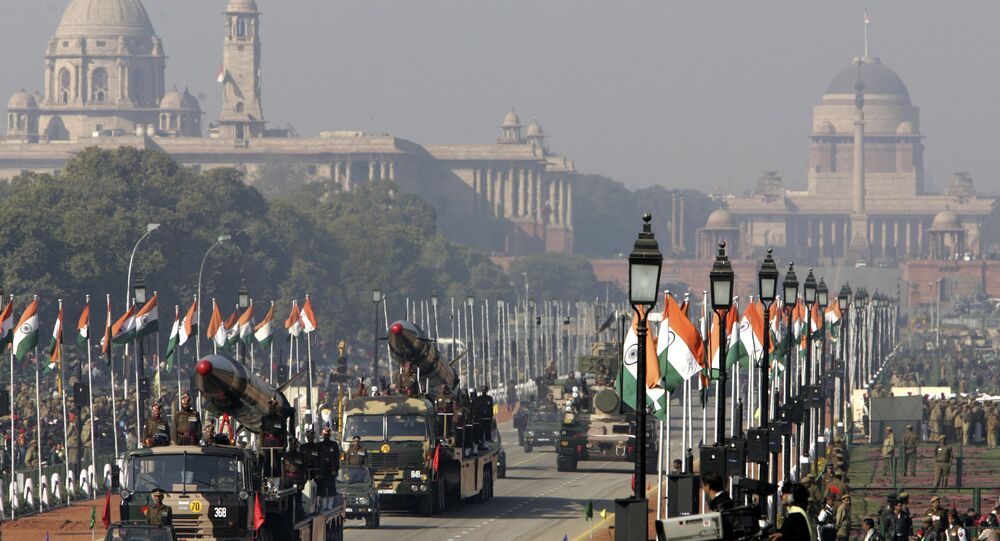 New Delhi (Sputnik): Currently, there are several regiments and units which are named after caste, community and region — like Jat, Sikh, Rajput, Dogra, Mahar, Jammy and Kashmir Rifles, Gorkha and the Sikh Light Infantry

The Indian Defence Ministry has categorically ruled out establishing army units based on caste, region or religion.

The move comes after the country's Minister of State for Defence Shripad Naik said on Wednesday that the government had received several proposals from parliamentarians about establishing a new regiment in the army.

“After Independence, it has been the policy of the Government of India not to raise any new Regiment for a particular class/community/religion or region,” Naik told parliamentarians on Wednesday in the lower house of the parliament, adding that the decision is in line with government policy: all citizens irrespective of their class, creed, region, or religion are eligible for enrolment in the Indian Army.

For the past few years, especially during election time, politicians have been demanding army divisions based on region, ethnicity, faith, caste or language.

During the 2019 General Elections, the party of former defence minister Mulayam Singh Yadav - Samajwadi - promised to form an Ahir (Yadav) Infantry Regiment if elected to office.

Similar demands about reinstating the Chamar regiment — formed during World War II — were raised by the firebrand Bhim Army, an unarmed group claiming to represent the lower castes of Hindus.

hadThe National Commission for Scheduled Castes  had also written a letter in 2017 to the then Defence Minister Manohar Parrikar seeking “revival of the Chamar regiment in the Indian Army”.

Currently, there are several regiments and units which are named after caste, community and region — like Jat, Sikh, Rajput, Dogra, Mahar, Jammy and Kashmir Rifles, Gorkha and the Sikh Light Infantry. However, the Indian Army claimed that these units do not represent people only from the particular caste, community or region.

The allegation against selecting people in the prestigious army unit the President’s Bodyguard reached court in 2018 when Gaurav Yadav filed a petition claiming that only men belonging to three castes – Jat Sikhs, Jats and Rajputs – coud apply join it.