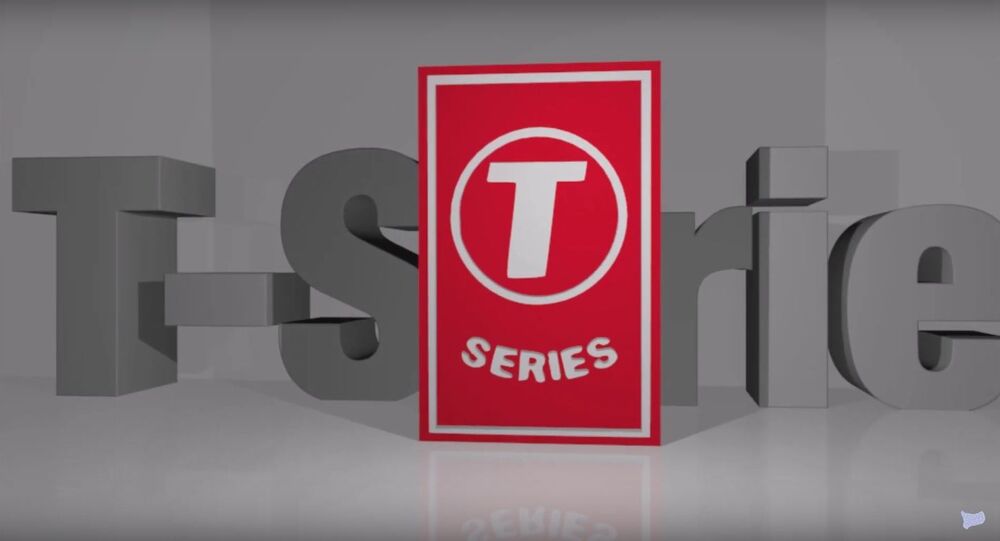 New Delhi (Sputnik): India’s largest Music Label and film Production Company T-Series is king of the internet after winning an epic battle against Swedish vlogger and video gamer PewDiePie for the most subscribed YouTube channel.

"I was listening to a song that's ridiculously similar to 'Udd Gaye'. I am pretty sure there are others like me, and in case you are wondering if I was somehow involved in the making of said song,” Ritviz wrote on Instagram.

He added that neither his management, publisher nor distributor were contacted for permission or any adaption license by T-Series, accusing the music giant of plagiarising his song.

Lashing out at the T-Series he said: "I just want to ask one question - why the f**k would someone do this?" He further shared the snippet of the video of the song.

Other people from the music industry also condemned T-Series for plagiarising the track.

DJ Shaan, who has performed in the Belgian electronic music festival "Tomorrowland", said: "It is horrible remake/edit or whatever and secondly where is the respect and credit!"

Pune-based singer, DJ and music producer Ritvik performed at the recently held festival with singers Katy Perry and Dua Lipa. He shot to fame with his debut single "Udd Gaye" which was later released along with a music video by Nucleya and AIB.