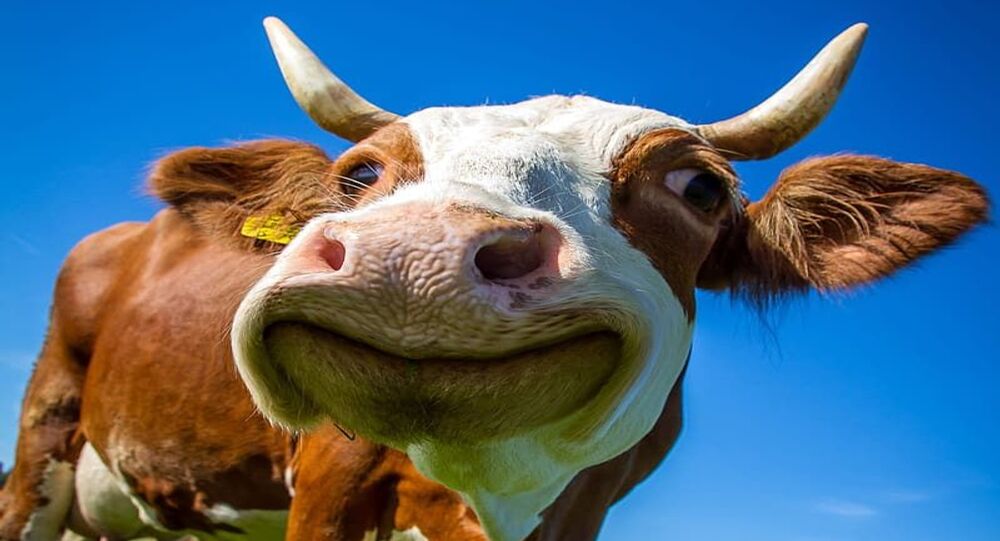 New Delhi (Sputnik): There are many reasons why people in India opt for vegetarianism. But despite religious and health concerns, the Department of Animal Husbandry and Dairying statistics shows a rise in meat production for 2019.

Despite an existing ban on cow slaughter in most Indian states, the country has witnessed a record rise in meat production in the past year. Interestingly enough, a Hindu majority state, Uttar Pradesh, has emerged as the top meat producer, with a 15 percent share of total production - despite many Hindus not consuming meat due to religious reasons.

According to official data provided by the Department of Animal Husbandry and Dairying, India's total meat production currently stands at 8.11 million tonnes, an increase of 6 percent as compared to previous years. This comes at a time when the slaughter of cows and breeding buffaloes has been banned in all states except Kerala, West Bengal, Arunachal Pradesh, Mizoram, Meghalaya, Nagaland, Tripura, and Sikkim.

The top five meat-producing states are Uttar Pradesh with a 15.1 percent contribution to total production, Maharashtra at 12.6 perecnt, West Bengal at 10.2 percent, Andhra Pradesh at 9.6 percent and Telangana at 9.3 percent.

No official statistics are available about cow meat production due to the sensitivities surrounding it.

“The demand for Indian buffalo meat in the international market has sparked a sudden increase in meat exports. Buffalo meat dominated the exports with a contribution of over 89.08% in total Animal Products export from India,” states the Agricultural and Processed Food Products Export Development Authority under the federal Ministry of Commerce and Industry.

There have been several incidents of cow vigilantism in which individuals suspected of carrying cow meat were either brutally beaten by mobs or killed.