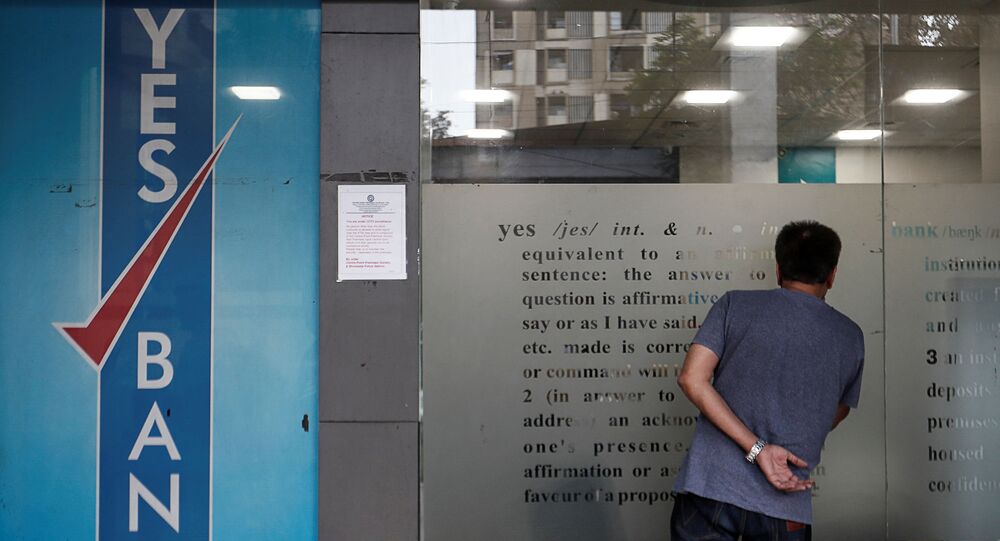 New Delhi (Sputnik): Modelled on the philosophy of saying “yes” to all kinds of requests for loans and leverages, Yes Bank – one of the major names to be reckoned with in the Indian private banking sector – has this week undergone the removal of its management amid government plans to reconstruct the bank.

After allegations of years of regulatory, governance, and compliance misconduct by the bank’s erstwhile management, led by former chairman Rana Kapoor, both the government and India’s banking regulator are trying to prevent it from collapse and a subsequent contagion effect in the entire financial market.

"Yes Bank" was founded by Rana Kapoor and his partner Ashok Kapoor in 2003. On Thursday, the bank's management was superseded by the country's apex bank, the Reserve Bank of India (RBI).

Irregularities in Compliance by Bank

Announcing a resolution plan for the bank in New Delhi, Finance Minister Nirmala Sitharaman on Friday recounted the factors that led to the downfall of the bank.

“It is not that the Yes Bank’s matter came up only yesterday. Since 2017, RBI had been monitoring Yes Bank closely and continuously, scrutinising Yes Bank’s governance issues, wrong asset classification and risky credit decisions. RBI also took concrete steps”, she said.

Since September 2018, the RBI had been saying that the bank required a leadership change. Subsequently, a new CEO of the bank was appointed.

Minister Sitharaman said that even though a clean-up of the bank had been initiated with the appointment of a new CEO, the bank’s promoter, Rana Kapoor, was also asked to let go of his shares, but he wanted more time. In the meanwhile, Indian investigation agencies culled out irregularities at the level of bank Chairman Rana Kapoor’s office. The RBI made him leave in January 2019.

Sitharaman explained that after Rana Kapoor's exit, attempts were made for a new equity infusion into the bank, which did not see the light of the day until now, due to which the RBI had to supersede the existing management.

Yes Bank - The Road Ahead

Going forward, the country's largest public sector lender, the State Bank of India, will invest equity in Yes Bank for its revival, as announced by the SBI on Thursday.

However, the trouble for the former promoter does not end here.

This means that the erstwhile promoter may face regulatory as well as legal consequences for non-compliance with the rules.