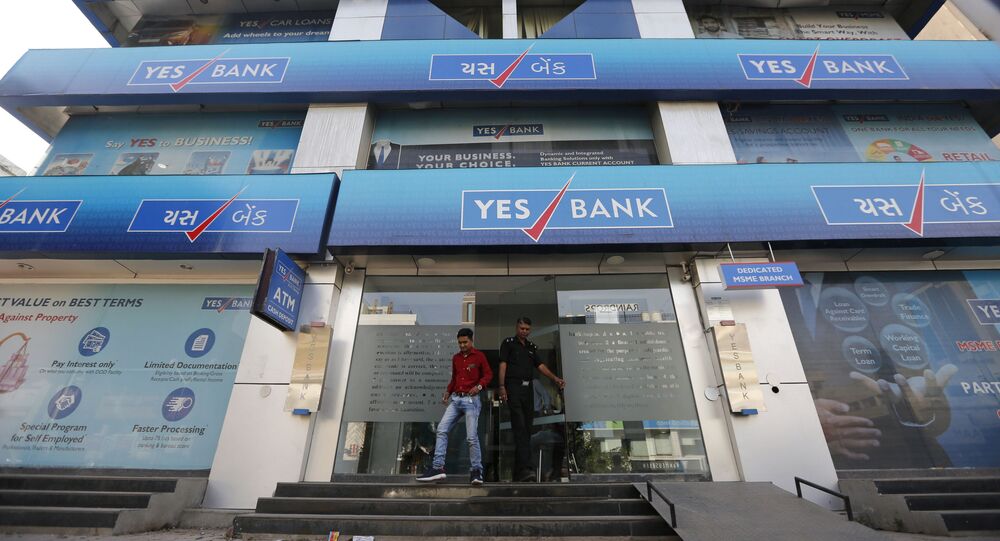 New Delhi (Sputnik): The Reserve Bank of India (RBI), the Indian banking regulator, took over the management of the Punjab and Maharashtra Cooperative Bank last year following allegations of widespread financial irregularities. Two charge sheets have been filed by investigative agencies in matters pertaining to high-level corruption in the bank.

Indian Finance Minister Nirmala Sitharaman on Friday said that India's banking regulator - the Reserve Bank of India (RBI) - will achieve a resolution to the crisis-hit Yes Bank within the next 30 days.

Addressing the press a day after the bank's management was suspended by the RBI, Sitharaman explained that the salaries of Yes Bank employees will be protected for a year.

Responding to Sputnik’s question on the problems confronting people, Sitharaman said there is definitely pain that the depositors are facing and she recognises the fact that they are witnessing trouble. Both the Finance Ministry and the RBI have time and again maintained that the deposits of people with the bank will remain safe.

“RBI’s scheme to resolve Yes bank will fully come into play within a period of 30 days. State Bank of India has expressed willingness to invest in Yes Bank. Deposits and liabilities will continue unaffected like before. Employment and salary is assured for at least one year".

The RBI superseded the board of Yes Bank late on Thursday evening on account of the bank's "serious deterioration of financial health".

Those with deposits in the bank queued up at ATMs beginning early Friday morning. However, people could not withdraw money using their ATMs or even through net banking.

The bank, headquartered in Mumbai – India’s financial hub – had been facing trouble on the quality of its assets, with a lot of bad loans causing stress in its balance sheet. Of late, the bank had been trying to find investors to shore up its capital base, but in vain.