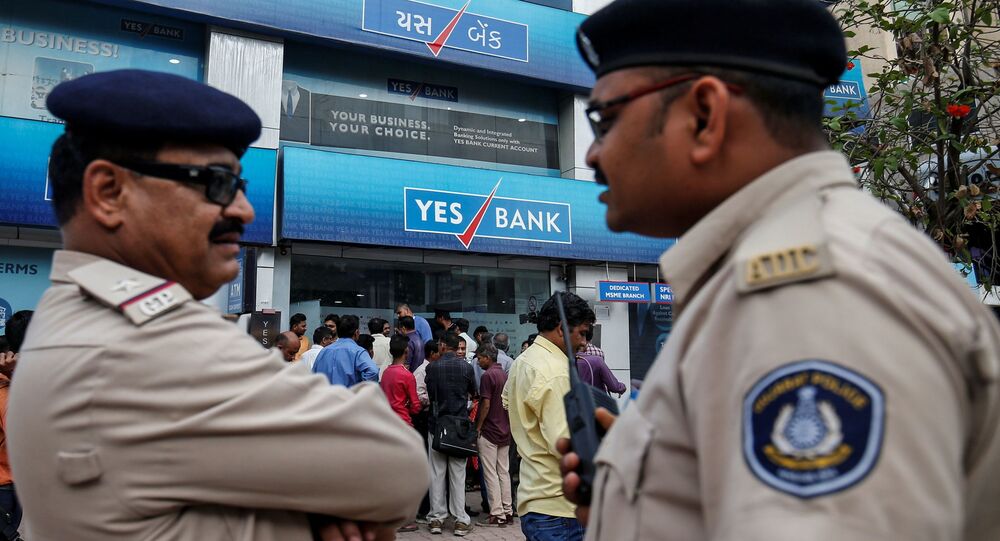 New Delhi (Sputnik): India's apex bank, the Reserve Bank of India (RBI), superseded the board of Yes Bank, a private sector bank, late Thursday evening. The central bank's step came in the wake of a "serious deterioration of financial health" of Yes Bank.

India's banking regulator RBI and the Ministry of Finance have attempted to calm the nerves of markets and investors as well as depositors on the Yes Bank issue, even as India's principal opposition party Congress came down heavily on the Narendra Modi government for the move.

While Reserve Bank of India (RBI) Governor Shaktikanta Das assured that the account holders' interests will be protected, Congress said the Modi government's ability to regulate financial institutions has been "exposed".

Hinting at an early revival of Yes Bank, Das said in a comment with a news channel, "The 30-days that we have given is the outer limit. You will see a very swift action from RBI to put in place a scheme to revive Yes Bank".

Yes Bank is a private bank that has been facing financial stress for about lthe ast one-and-a-half years. The RBI, on Thursday evening, suspended the management of the bank and took over Yes Bank's affairs.

Congress, however, has criticised the Modi government over its ineffective management of financial institutions.

Congress politician and former finance minister P. Chidambaram tweeted on Friday, "BJP has been in power for six years. Their ability to govern and regulate financial institutions stands exposed".

"First, it was PMC Bank. Now it is YES Bank. Is the government concerned at all? Can it shirk its responsibility? Is there a third bank in the line?" the tweet further said.