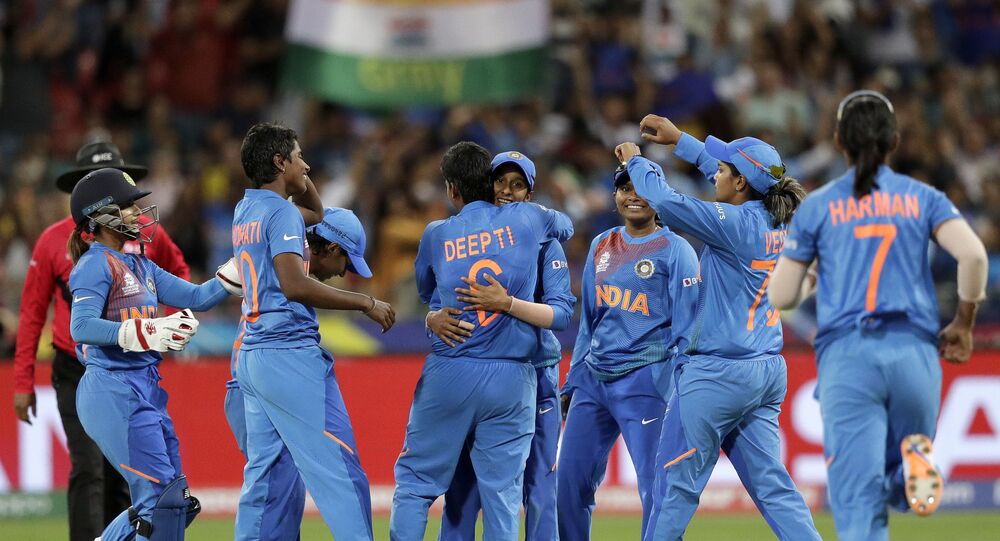 New Delhi (Sputnik): The Indian Women's Team entered the World Cup as underdogs following a tri-series defeat against England and Australia and not many expected them to even qualify for the knockout stages.

India's female team has reached their first ever final of the T20 Women Cricket World Cup after their semi-final clash against England was washed out due to rain in Australia on Thursday.

India qualified for the finals for being on top in the group stage with four wins in as many games while England won three of their four matches.

As per the rules, there was no reserve day for the semi-final clash.

During the post-match conference after the game was called off, India Captain Harmanpreet Kaur said it was unfortunate not to get a match due to the weather but that’s how the rules are.

“It would be nice if there is a reserve day in future. The weather factor was always in our minds since Day One so we had to win all the games to make it to the semi-finals", Kaur said.

Meanwhile, England captain Heather Knight expressed her disappointment, saying the team didn’t expect their World Cup to end this way. “There is nothing much you can do about the weather. The one loss against South Africa is hurting us at this stage. Would have been good to have a reserve day".

India will face either South Africa or defending champions Australia, who are set to play the second semi-final later in the day.

However, if the rain plays a spoilsport in the second semi-final also, the World Cup would witness a new champion being crowned between India and South Africa.

The finals of the Women World Cup is set to take place on Sunday (8 March) at the Melbourne Cricket Ground.

Indian Cricketer Shakes A Leg to Bollywood Song In Australia