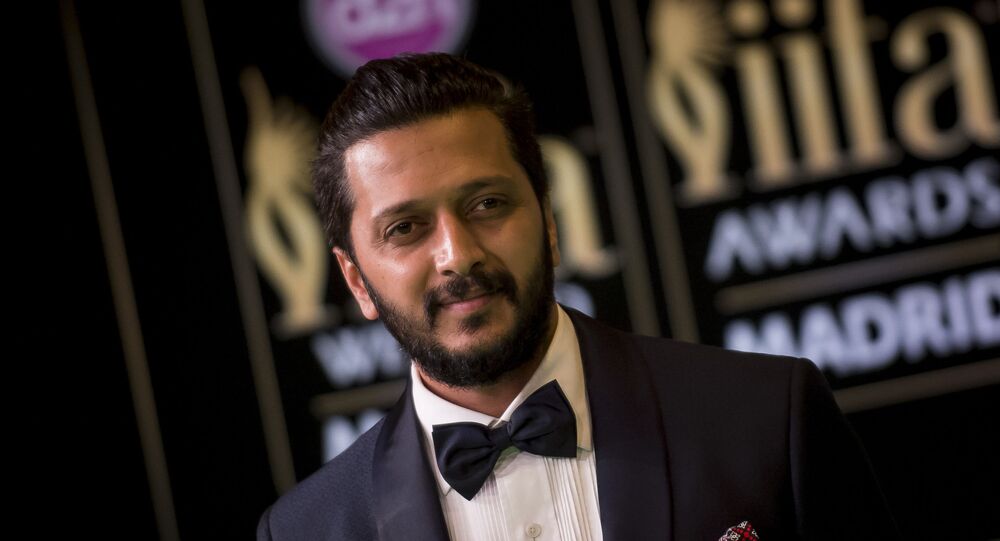 New Delhi (Sputnik): Several parts of northeast Delhi faced communal violence on 24 and 25 February, a day after protesters clashed over the new citizenship law. The riots took the lives of 47 people while over 300 were left with injuries. According to official data, 79 houses, two schools, and four religious centers were set ablaze.

Even as the recent communal violence between anti and pro Citizenship protestors was raging, many Bollywood personalities took to social media to post a more positive message. Bollywood actor Riteish Deshmukh chose to spread love and unity between Hindus and Muslims in his latest Twitter post.

In the video, the actor can be seen singing, “Mera koi majhab nahi tha jab mein chotha bacha tha” (I had no religion when I was a small child) with a slogan that reads “Hindu Muslim Bhai Bhai” (Hindu and Muslims are brothers).

The move by the actor, known for hits like "Heyy Babyy", "Housefull" and "Grand Masti", attracted the attention of social media users who feel that this is how one should use social media - to spread love.

Sir .
You are right but others also gave like the same

​Many Bollywood celebrities like Swara Bhasker and Anurag Kashyap have questioned the Indian Government led by Prime Minister Narendra Modi for introducing the Citizenship Law (CAA) that grants Indian citizenship to persecuted non-Muslim minorities from Pakistan, Afghanistan, and Bangladesh.

Muslims in India claim the law is discriminatory on religious grounds and violates the secular credentials of the Indian Constitution. The government has, however, strongly denied these allegations, saying the amended law merely offers Indian nationality to persecuted immigrants.