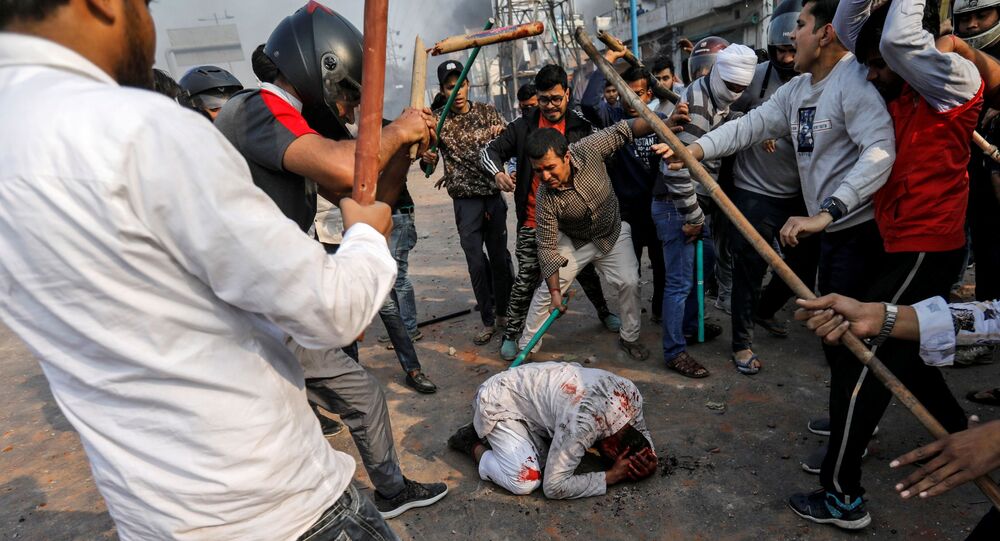 New Delhi (Sputnik): India has been attracting criticism from various countries over its controversial Citizenship Amendment Act (CAA) which has widely been termed “discriminatory towards Muslims” and has triggered a series of protests and riots that have led to the deaths of over 40 people.

India’s External Affairs Ministry (MEA) said on Wednesday that the UN High Commissioner for Human Rights had filed an intervention application in the Supreme Court of India with regard to the controversial Citizenship Amendment Act (CAA) 2019.

This means that the global human rights body wants to be made a party in the existing pleas filed against the CAA in the SC.

Responding to the intervention application, MEA spokesperson Raveesh Kumar said that it was an internal matter for India.

“The Citizenship Amendment Act is an internal matter of India and concerns the sovereign right of the Indian Parliament to make laws. We strongly believe that no foreign party has any locus standi on issues pertaining to India’s sovereignty,” Raveesh Kumar said.

Over the questions being raised by the “unconstitutional nature of the CAA”, as alleged by the opposition parties and civil right groups as it grants citizenship on the basis of region, the Ministry maintained that the CAA is constitutionally valid and complies with all requirements of the country’s constitutional values.

“It is reflective of our long standing national commitment in respect of human rights issues arising from the tragedy of the Partition of India,” Kumar said.

Maintaining that India is a democratic country and is governed by the rule of law, the Ministry reaffirmed its faith in the independent judiciary system of the country.

“We are confident that our sound and legally sustainable position would be vindicated by the Hon’ble Supreme Court,” the Ministry emphasised.

CAA is a law that paves the way for illegal immigrants from six religious minorities, Hindus, Sikhs, Buddhists, Jains, Parsis, and Christians, who had fled from neighbouring Pakistan, Bangladesh and Afghanistan before 2015 to obtain Indian citizenship. However, since the legislation does not extend to Muslim immigrants, it has triggered a strong backlash among members of the community, leading to month-long protests and deadly clashes.