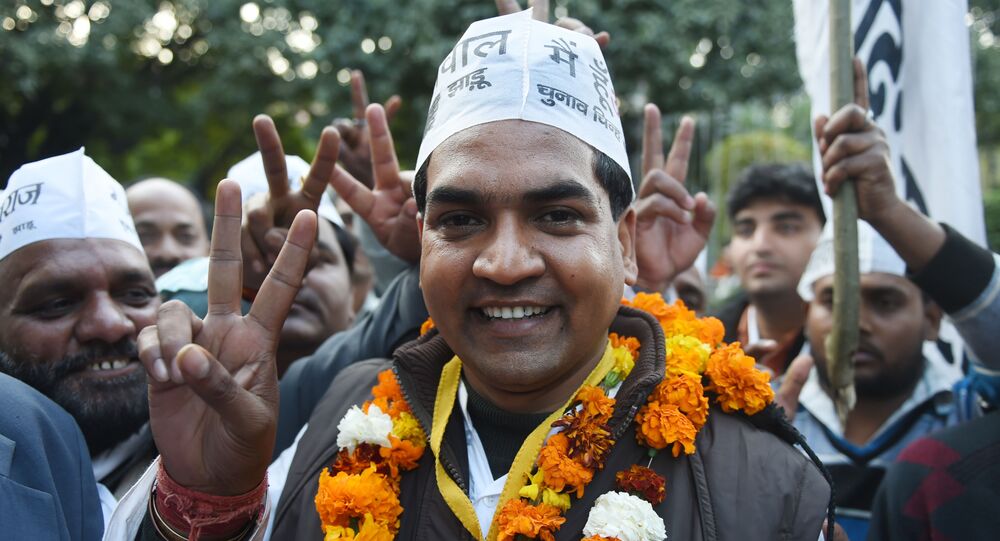 New Delhi (Sputnik): A member of India's ruling Bharatiya Janata Party, Kapil Mishra, had issued an ultimatum to police, asking them to remove road-blocks erected by the anti-citizenship amendment protesters or he would do it himself. His ultimatum allegedly helped trigger the bloody riots in Delhi that left 47 people dead.

It was reported earlier that Kapil Mishra, who joined the Bharatiya Janata Party (BJP) a year ago, has been provided with enhanced security cover in response to death threats.

However, Joint Police Commissioner Alok Kumar denied the information, and told Indian news agency ANI that no such security cover has been provided to the BJP politician.

Mishra, who ran unsuccessfully in the just-concluded provincial legislature elections in Delhi, tweeted on Sunday (1 March) that he had received threats to his life via phone, WhatsApp and email.

I don't fear this hate campaign against me.
🙏 pic.twitter.com/HOoicynLe5

So far, 47 deaths resulting from the pro- and anti- citizenship law riots have been confirmed by the Delhi Police; around 300 people were injured. Hundreds of houses and shops were torched, and two schools and several houses of worship were set on fire or severely damaged by opposing rioters from the Hindu and Muslim communities.

On 23 February, before the riots broke out, Mishra had held a rally against the sit-in protest staged by anti-Citizenship Amendment Act (CAA) demonstrators in northeast Delhi’s Jaffarabad neighbourhood. He had threatened direct action unless Delhi Police cleared the roads blocked by the protesters.

His statement triggered a huge uproar, with opposition parties demanding a police complaint against Mishra, accusing him of hate speech.

#WATCH what Kapil Mishra said to the DCP on camera.

"Till Trump leaves, we will go peaceful.
If by then, you don't clear the roads then we would not even listen to you" pic.twitter.com/ej6vcQZN0w

The neighbourhood riots witnessed in the northeast of Delhi were the worst since the 1984 anti-Sikh riots, in which over 2,000 Sikhs were killed. The minority group was targeted after a Sikh security guard fired bullets at then-Prime Minister Indira Gandhi at her official residence.