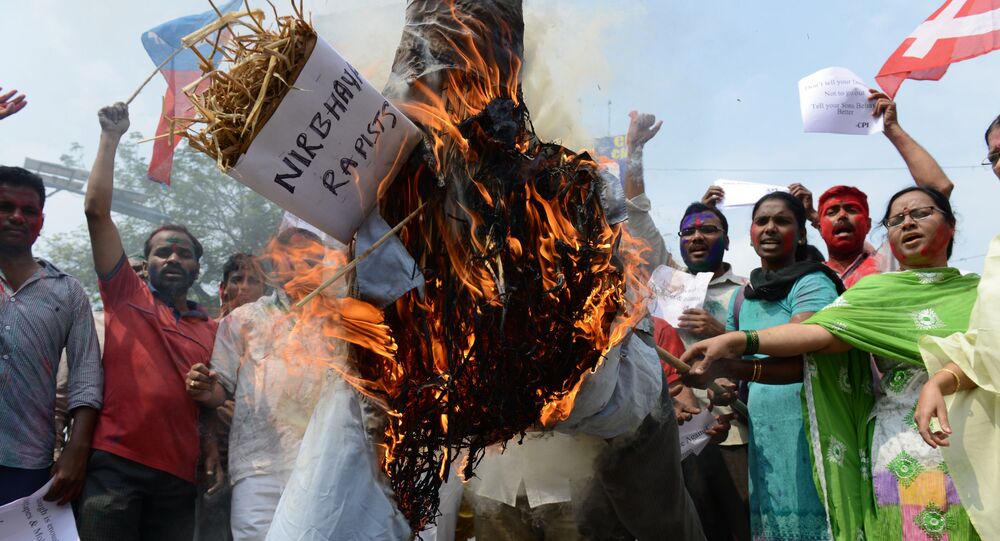 New Delhi (Sputnik): Convicted in the 2012 gang rape case of “Nirbhaya”, Pawan Gupta was the last convict to appeal against the death sentence. The appeals process has now been exhausted.

India’s Supreme Court on 2 March dismissed a petition filed by Pawan Gupta, who was convicted of the rape and murder of 23-year-old woman in 2012.

Gupta had requested that the court convert his death sentence to life imprisonment based on his age at the time of the crime in 2012.

The court issued a fresh death warrant against the convicts for 3 March.

On Saturday, the court had agreed to a stay of execution and sought a report from the Tihar jail authorities.

Earlier, the Supreme Court deferred the hearing of the petition, seeking the execution of four convicts on separate dates in early March. The petition was filed by the federal Home Ministry.

The infamous rape and murder of a 23-year-old student in 2012 has been in the public eye for the past 8 years.

While the four convicts - Pawan Gupta, Mukesh Kumar Singh, Akshay Thakur and Vinay Sharma - are set to be hanged, another accused Ram Singh committed suicide in jail, while another was set free after spending three years in a reform facility because he was a juvenile when the crime was committed.