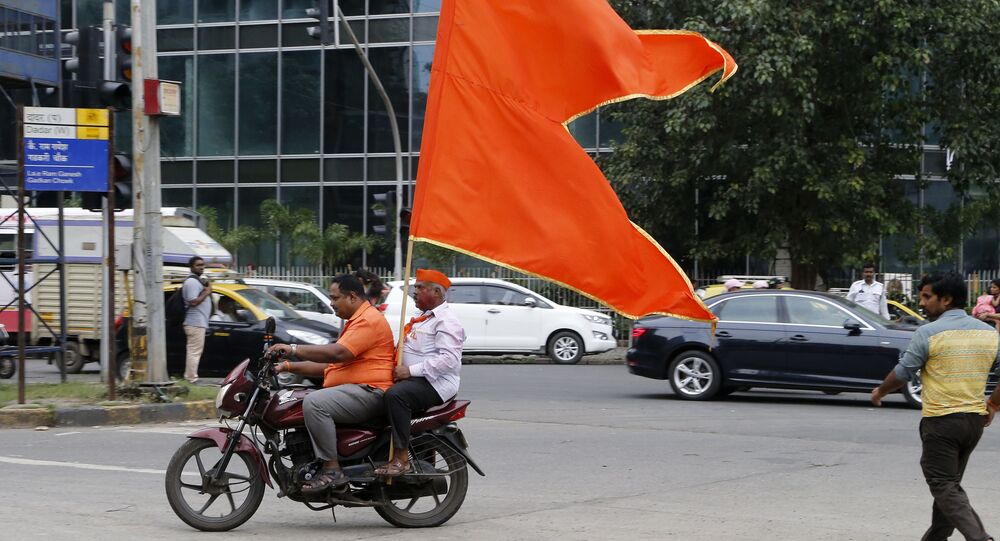 New Delhi (Sputnik): India’s Hindu Nationalist Shiv Sena-led coalition formed a government in Maharashtra, as none of the major political parties in the state could muster a majority after elections to the state legislature in 2019. The coalition had drawn up a common minimum programme to run the government.

The Maharastra government led by Hindu nationalist Shiv Sena party has announced a five per cent quota for Muslims in education on Friday. Maharashtra’s Minority Affairs Minister Nawab Malik, while announcing the decision, said the coalition government would ensure the implementation of the quota before the beginning of admissions to schools in 2020.

“Legislation to this regard to be passed soon,” the minister informed the State Legislative Council. Malik also assured that “appropriate action” would be taken in this regard, before the academic session this year.

Nawab Malik represents the Nationalist Congress Party in the government headed by Uddhav Thackeray. However, Aaditya Thackeray, another minister of the cabinet and the son of Uddhav Thackeray, remained tight-lipped on the announcement when media asked for his reaction.

The Thackeray-led Shiv Sena is a staunch Hindu nationalist party but formed a government in the wealthiest state in coalition with the Congress and Nationalist Congress Parties which are secular parties; as they claim.

Even after coming into power in coalition with secular parties, Uddhav Thackeray asserted several times that his party would not change its ideology for the sake of power, and its worldview still revolved around Hinduism.

“Any reservation which is against the Constitution needs to be opposed. Muslim reservation is being given on the basis of religion. So, we will be opposing this reservation as it is anti-Constitutional. We will not support anything which is anti-constitutional,” Fadanvis said on Monday (24 February).