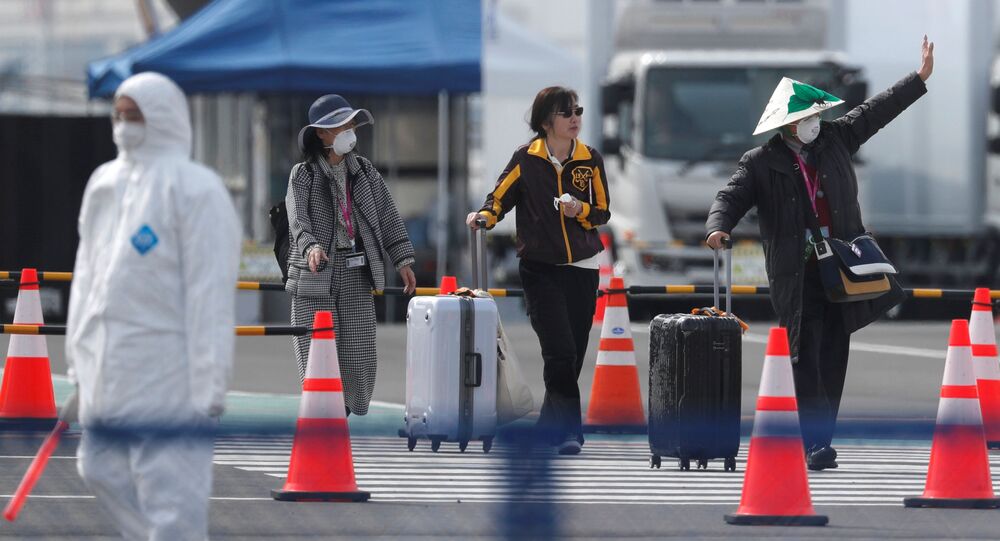 New Delhi (Sputnik): India has taken precautions to prevent the spread of the novel coronavirus that originated in the Chinese city of Wuhan. So far New Delhi has evacuated 883 Indian and foreign nationals from the epicenter of the virus as well as from the luxury cruise ship Diamond Princess in Japan.

As the novel coronavirus has spread to multiple countries outside China, India has temporarily suspended visas on arrival for Japanese and South Korean nationals.

In addition, New Delhi has suspended all flights from Iran in view of a spike in cases of the infection in the country.

In view of the recent outbreak of COVID-19, VISA ON ARRIVAL which was available only for nationals of Japan and South Korea has been temporarily suspended. Regular visas continue to be processed and may be applied for https://t.co/tI1l5uQmFD. BOI- https://t.co/jNPLrzFHEn.

​According to the latest data released by the Korean Centres for Disease Control and Prevention, South Korea has the highest number of infections outside China - 2,022 with 13 deaths. It is followed by Japan with 200 confirmed cases and four deaths.

India reported three confirmed cases of the coronavirus, also called COVID-19. All three of the infected Indians were quarantined and discharged after they responded positively to treatment.

In a gesture of solidarity with the Chinese people, India also sent a consignment of 15 tonnes of medical relief, which included masks, gloves, and emergency medical equipment to Wuhan earlier this week.

India has been monitoring all passengers arriving at different airports in the country and screened a total of 501,614 passengers on 4,990 flights, the federal Ministry of Health said on Thursday.

Update on #COVID19 :
Total of 5,01,614 passengers screened from 4990 flights, till date.
23,832 persons are under community surveillance of IDSP. 2,836 samples have been tested, of which 2830 are negative, 3 were earlier found positive, and 3 are under process.#SwasthaBharat