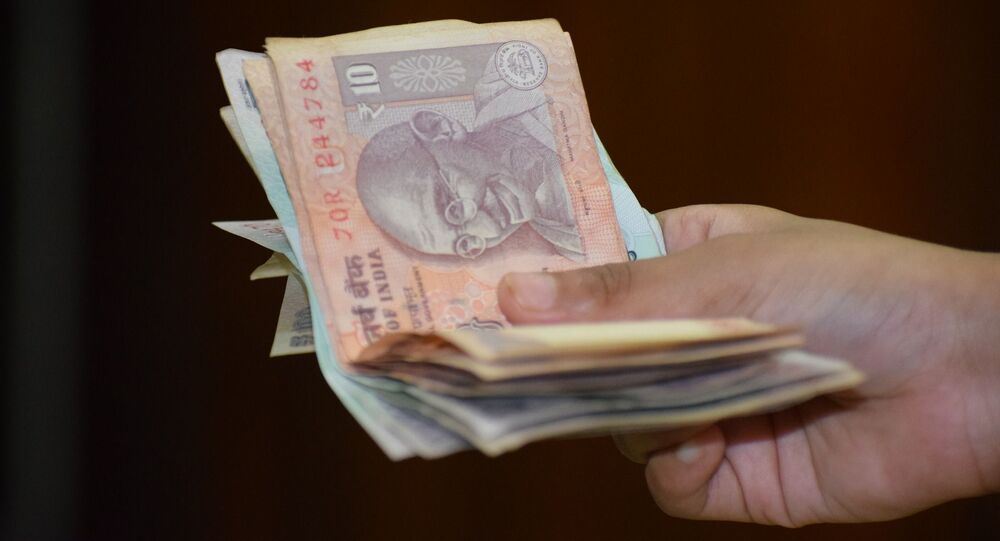 New Delhi (Sputnik): India’s apex court had ordered telecom service operators to shell out statutory dues on account of Adjusted Gross Revenue (AGR) to the tune of $21 billion. The Supreme Court of India had also criticized the Federal Government for delays in the implementation of its order in October 2019.

The AGR serves as a base for most levies including licence fees and spectrum charges, calculated on a percentage basis. The Cellular Operators Association of India (COAI), an umbrella organization of mobile telecom service providers in India has requested that the federal government waive the General Services Tax (GST) on statutory dues associated with their AGR debt, considering the dwindling health of the Indian telecom sector.

The GST is the indirect multistage tax that India adds to the supply of goods and services.

​In its letter, the COAI has suggested reducing license fees from 8 per cent to 3 per cent along with relaxing the spectrum use charges levied on the telecom companies as part of their AGR dues.

Earlier in February, Airtel, Vodafone-Idea and Tata Group deposited $1.4 billion, $350 million and $307 million respectively, which amounted to 10 per cent of their total amounts due, as the first instalments towards clearing their AGR dues, following strictures by the top court.

While the telecom players have been working towards clearing their balance due by 17 March – which is the revised deadline set by the Supreme Court, Vodafone-Idea has alerted the government that it requires an immediate bailout from the deadline-based due balance deposit date as it does not have funds to meet the payment plan, media reported.

Vodafone-Idea is India’s biggest telecom operator in terms of user-base with over 442 million customers. Before its first installment, the telco owed around $7.46 billion to the federal Telecom Department in AGR dues. Airtel on the other hand, with over 140 million users, needs to pay back around $5 billion.

Stalled by multiple review petitions and deadline extensions, in February India’s Apex court came down heavily on telecom operators for adopting delay tactics and avoiding the payment of government dues.

Phone Calls, Texting and Data Could Soon Be a Budget Burden for Indians, Costs May Surge 30 Per Cent