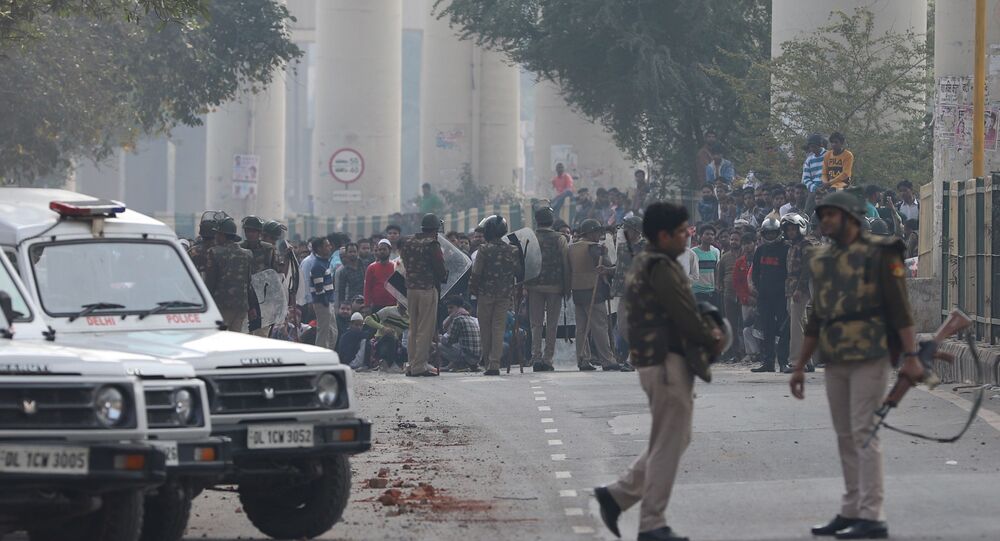 India's federal home ministry has dismissed reports of shortages of security personnel in Delhi during two days of communal violence and clarified that forces on the ground had been in adequate strength since Monday.

As against cited shortages of police personnel in Delhi, it is stated that there is adequate strength of forces on ground since this Monday.
Based on professional assessment, 73 Coys of CAPFs deployed in addition to 40 Coys of @DelhiPolice. Situation under control.

​The ministry has claimed that 73 companies (approximately 6,000 personnel) from the Central Armed Police Forces were deployed in addition to the 40 companies (over 3,000 individuals) of the Delhi Police.

However, the data provided by the Delhi Police shows the number of calls received on both days topped 10,800, reporting incidents of violence, arson, vandalism, assault, and stone-throwing during the rioting.

Residents in the violence-affected areas also claimed that the police did nothing to stop the rioters. There were no police officers present in the area, said Rajni, a resident of Yamuna Vihar.

Rajni, resident of Yamuna Vihar: Hindu and Muslims live in the area peacefully. The rioters were not from this area. They were outsiders. Police did nothing to control situation. #DelhiViolence #DelhiFightHate pic.twitter.com/lcyDjbmDGh

​As many as 34 people have died and more than 200 sustained injuries in Jaffrabad, Maujpur, and Chandbagh in northeastern Delhi.

Widespread stone-throwing, firing, use of petrol bombs, and vandalism were witnessed during the two days of clashes as per reports. Public property, homes, and places of worship were damaged. Shops and vehicles were also set ablaze.

The country has been engulfed in mass protests since December 2019 when the government introduced the Citizenship Amendment Act (CAA) facilitating Indian citizenship for illegal immigrants from several religious minorities who faced persecution in Pakistan, Bangladesh, and Afghanistan and arrived in India before 2015. The law, however, excluded Muslim migrants from the list, which was deemed discriminatory and unconstitutional by many activists. The government has strongly denied these allegations, saying that the law does not discriminate against anyone.