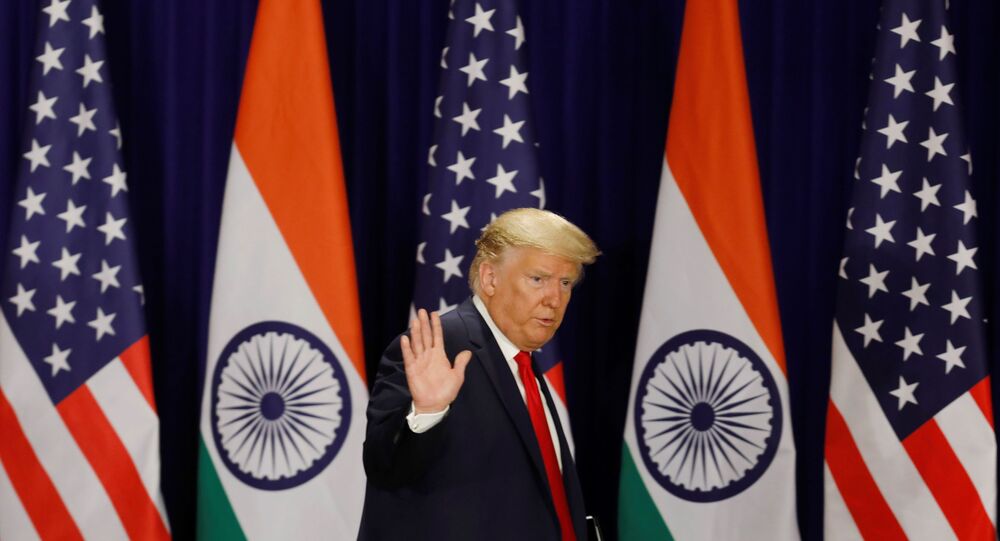 New Delhi (Sputnik): From Trump’s two-day visit to India it has been clear that both the countries want to strike a trade deal while keeping their own interests ahead. The two countries are closely discussing the issues in back-channel trade negotiations.

The much-talked-about trade deal between India and the US was not in the cards, but after US President Donald Trump’s visit, it seems certain that it will be signed at some point.

While addressing a press conference in New Delhi on Tuesday, Trump said: “We know the problems. We are being charged a large number of tariffs. If they want a deal with us, they will agree. There will be a deal. Everyone said we will not have a deal with China but now we do. Harley Davidson has to pay the tremendous tariffs in India but that's not the case when India sends its motorcycles to the US. There is almost no tariff.”

Bilateral trade between India and the US is currently estimated to be more than $140 billion. Last year, after the revocation of the Generalized System of Preferences (GSP) by the US, the import subsidy facility, $5.6 billion worth of Indian exports were affected.

Under the GSP, the US had been providing duty-free access to around 2,000 Indian products up until June 2019. The revocation of the GSP was announced after Trump alleged that New Delhi is imposing higher tariffs on American goods.

Despite the strained relationship over a trade dispute, the Indian Commerce and Industry Minister’s statement on moving towards a free trade agreement has given hope for the much-anticipated deal.

“We'll hopefully close the first end of the limited engagement that we have already discussed and nearly finalised, Ambassador Lighthizer and I. We'll get into legal vetting and close that quickly. I am delighted that both the leaders have decided to formally engage to move towards a Free Trade Agreement (FTA) between these two big economies”, Indian Minister for Commerce and Industry Piyush Goyal said.

We'll hopefully close the first end of the limited engagement that we have already discussed and nearly finalised, Ambassador Lighthizer and I, @PiyushGoyal on India-US Trade Deal. pic.twitter.com/WQQRm3DaqX

​Meanwhile, Trump mentioned that the deal will happen by the end of the year but if it doesn’t, we will do something else.