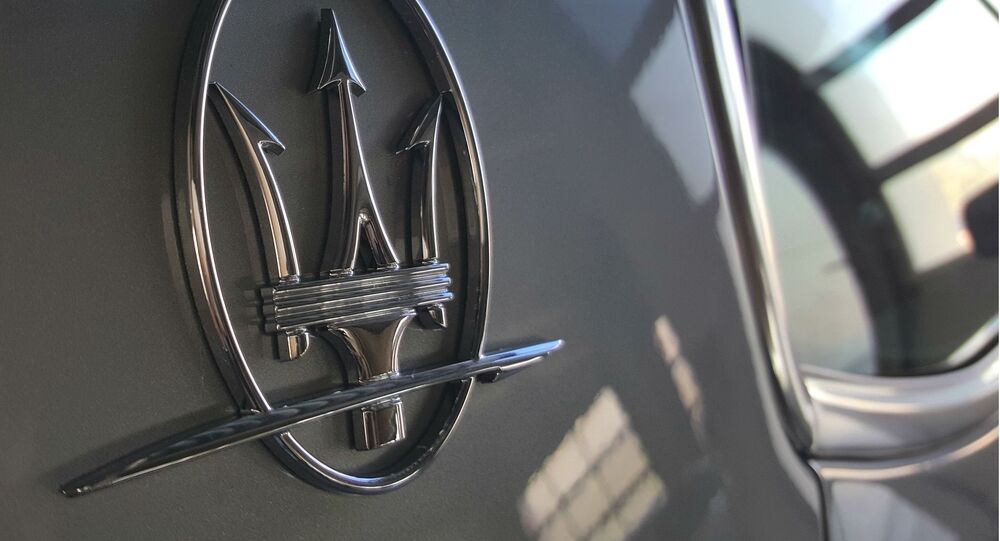 New Delhi (Sputnik): India’s automobile sector witnessed a record two-decade nosedive of around 41 per cent during 2019 due to the ongoing economic slowdown. Since Indian buyers acted cautiously before investing a large chunk of their earnings in expensive vehicles, the luxury car sector also dwindled as much as a quarter before July 2019.

Despite the downturn of the Indian auto sector, Italian luxury vehicle manufacturer Maserati – which recently launched petrol variants of super expensive Quattroporte and Levante car models – has predicted 15-20 per cent growth in the otherwise niche luxury automobile market between 2023-2025.

"India's luxury car market has been relatively untouched by any negative market sentiments. The challenge that lies at a carmaker's level is to understand this developing market segment and offer a product line-up to suit the evolving palates of consumers," Bojan Jankulovski, Head of Operations, Maserati India told Sputnik.

In India, Maserati cars are priced within the extravagant range of $180,000 to $374,284 – drawing in a pretty small circle in terms of a customer base.

In addition, other international players in the luxury car segments like Mercedes-Benz, BMW, Audi, Jaguar and Volvo have established themselves as strong players in the country. New Delhi and Mumbai are the top two cities where the demand for luxury vehicles has continuously remained high.

However, according to the internal observations by Maserati, the demands for luxury vehicles from tier two Indian cities are increasing rapidly as well.

"The affluence and wide reach of India's metros make them markets that simply cannot be ignored for growing top lines. But now we are seeing a new wave of demand coming from non-metro and tier two cities like Lucknow, Kanpur, Indore, Bhopal Mangalore and Chandigarh along with the state of Goa among others. These cities have the potential to continue providing sizable opportunities in the future too, and are proving to be catalysts in spurring demand for the auto industry," Jankulovski added.

According to the Maserati official, the current state of the luxury car industry in India is influenced by a major global trend – the growing appetite for luxury sports utility vehicles (SUVs).

The gradual adoption of technological integration with vehicles combined with customisation options and financing schemes have emerged as the key drivers shaping this industry in India.

New luxury SUVs are entering the Indian market, for example, the "Gloster" SUV by UK-based automaker MG Motors, which was launched in the country earlier in February.

Maserati's first-ever super-luxury SUV offering the "Levante" was launched back in 2018, and the response to it was very encouraging. It is a testament to the fact that luxury connoisseurs are primed for the latest supercars and SUVs on Indian roads," Jankulovski noted. Maserati's 2018 Levante luxury sports SUV was launched in India at an outlandish starting price of $201,897.

© Photo : Vigili del Fuoco ‏Verified account/twitter
WATCH Hundreds of Brand New Maserati Aflame in Italian Port Amid Bad Weather
In a bid to match the competition, with other luxury car manufacturers, Maserati has added extensive market research, roping in support from dealers and improving accessibility across important markets to its strategy blueprint.

"We have actively been bringing global launches and updated variants of our flagship models to India. We have also held consistent brand activation programs and overhauled our after-sales and service support which has helped us in the country," Jankulovski elaborated.

Now that the auto industry is on its way to adopting cleaner energy for fuelling future cars, Maserati is also moving forward in the direction of manufacturing electric vehicles. The company has recently announced its electrification program that starts this year, with the production of its first hybrid car called the "Maserati Ghibli".

"All our new models will be 100 per cent developed, engineered and built in Italy, and will adopt hybrid and battery electric propulsion systems," Jankulovski revealed.

The auto industry in India, which is second worldwide in manufacturing commercial vehicles, directly or indirectly employs nearly 35 million people. The sector also contributes almost 49 per cent to the manufacturing Gross Domestic Product (GDP) and 13-14 per cent to Goods and Services Tax (GST) collections.

In 2019, the Society of Indian Automobile Manufacturers had noted that the slowdown of the Auto Industry would have major repercussions for the economy.