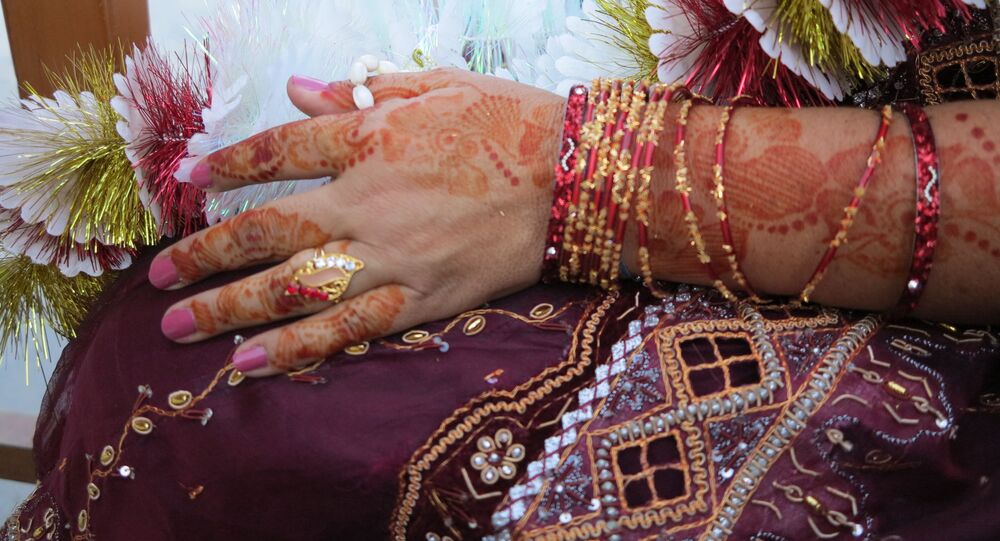 New Delhi (Sputnik): India has raised the issue of forced conversions and marriages of minorities, including Hindus, Sikh and, Christian women in Pakistan at international platforms such as the United Nations Human Rights Council in Geneva.

Indian expats in the United Kingdom protested outside the United Nations office in London on Monday demanding justice for a Hindu girl, who was allegedly converted to Islam and married off to a Muslim in the Sindh Province of Pakistan.

The protesters carried placards with slogans like “Stand Up For Human Rights”, “Stop Child Abuse in Pakistan”, and “Justice for Mehak” and wanted the world body to intervene to get justice for the girl. Similar protests were also staged by the Indian diaspora outside the High Commission of Pakistan in London on 17 February.

Members of Indian diaspora protest outside United Nations office in London, seeking justice for Mehak Kumari, a minor Hindu girl who was forcibly converted to Islam & married to Muslim man in Sindh. pic.twitter.com/592rX5uVGa

On 19 February, a Pakistani court declared invalid the marriage of the Muslim man, Raza Solangi to the Hindu girl Mehak because she was a minor. It was also claimed during the hearing that the girl had converted to Islam and married the man out of her own choice.

The case came to light when the father of the victim lodged a complaint claiming his 15-year-old daughter was abducted on 15 January and forcefully married off to a Muslim.

India, earlier this year, took up the issue with Pakistan's diplomat in New Delhi to protect the safety and security of minority communities in that country.

Government Sources: A senior official of the Pakistan High Commission in New Delhi was summoned yesterday to lodge a strong protest and share serious concerns about the recent cases of abduction of minor girls belonging to the minority Hindu community of Pakistan. pic.twitter.com/aiJsu3Mcpn