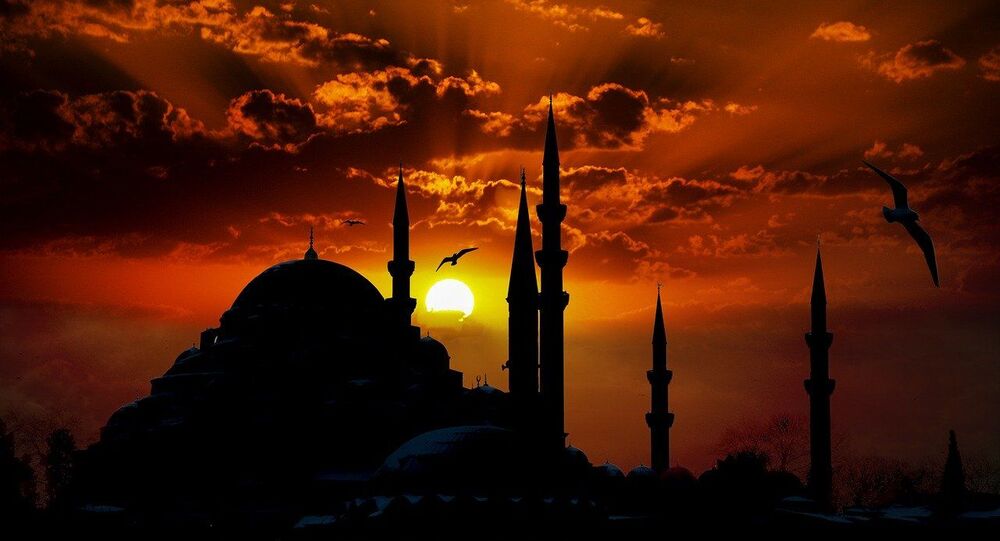 New Delhi (Sputnik): Hindus have already started the process of building a temple in Ayodhya after the Supreme Court of India ordered the transfer of almost three acres of disputed land to Hindus in November 2019, while granting five acres of land at a separate location to Muslims. The dispute had dragged on for a scarcely believable 134 years.

Months after the Supreme Court of India delivered its verdict in favour of Hindus, a Muslim body in Uttar Pradesh on Monday said that it would build a mosque, hospitals and a research centre on the five-acre plot allotted to it in one of the country's longest-running legal disputes.

"It has been decided at a meeting of the board to take the five-acre land given to us by the UP government," Uttar Pradesh Central Sunni Waqf Board chairman Zufar Farooqui told reporters in Lucknow after the board meeting.

The body said that a trust had been established for the construction of the mosque.

"Besides the mosque, there will be an Indo-Islamic research centre, a public library, a charitable hospital and other useful facilities on the land," Zufar Farooqui said.

The land for a mosque has been allotted in Dhannipur, a village with a population of nearly 2,000 and 30 kilometers away from the site, where the 16th century Babri Mosque was demolished in 1992 by a Hindu fringe group.

Earlier, some of the Muslim group's leaders had been opposed to the deal.

The Supreme Court of India delivered its historic judgement in the bitterly fought land dispute between Hindus and Muslims in favour of Hindus in November 2019.

The mosque was built by a loyalist of the Mughal Emperor Babur and the land dispute between the Hindu and Muslim communities began in the 19th century.