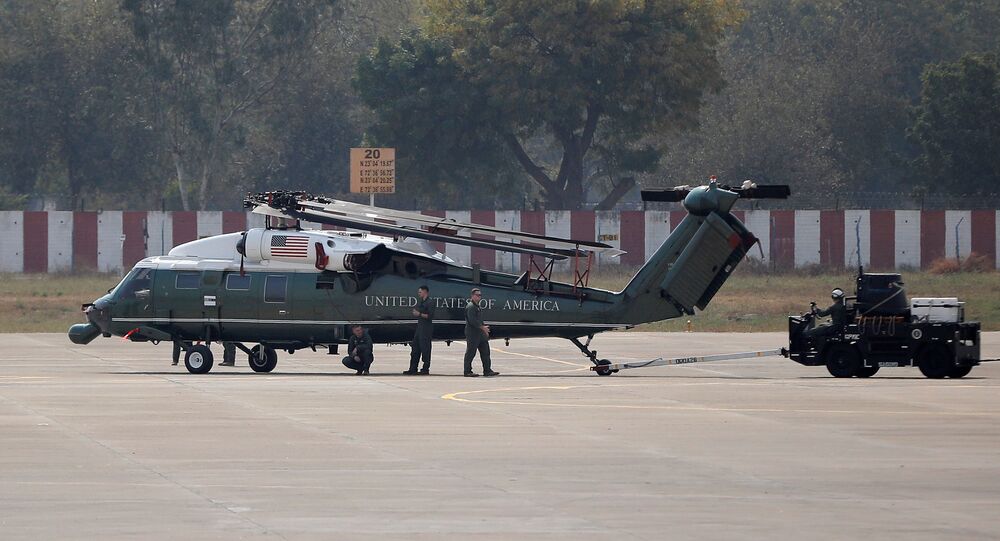 Donald Trump is currently on a visit to India, a major regional ally he sees as a counterbalance to China's influence in Southeast Asia. He has teased the prospect of a trade agreement with New Delhi and praised counter-terrorism cooperation.

US President Donald Trump has unveiled plans to supply “the best, most feared military equipment” to India, as the two countries seek to reign in regional terror groups.

Addressing a crowded 'Namaste Trump' rally in Ahmedabad on Monday – a nod to last fall’s Howdy Modi rally in Texas – Trump also announced that India would receive a batch of US-made military helicopters worth $3 billion. He also said he was looking forward to boosting space cooperation between the two nations.

Trump has long complained about what he calls unfair trade practices by American partners, including India, and last year stripped the country of special trade privileges under the Generalised System of Preferences (GSP), which had allowed India to ship $5.6 billion worth of goods to the US duty-free.

His visit to India, his first in office, was preceded by negotiations on a “confidence building” trade agreement. These have yielded no results, but Trump claimed on Monday that early stage talks are ongoing to forge an “incredible” deal.

However awkward for Indian Prime Minister Narendra Modi, Trump’s trade demands appear to have made little impact on their broader strategic relationship. The US and Indian militaries have been cooperating under Trump as never before, as Washington seeks to counterbalance China’s growing economic dominance as well as its territorial demands in the Asia-Pacific region.

The US president told a cheering crowd in Ahmedabad that he is resolved to tackle radical Islamic terrorism, and that the US and India are committed to working together to fight this threat.

He also brought up US strikes on radical Islamists and referred to cooperation with Pakistan on fighting militants operating on the Pakistani border – a major source of tension between New Delhi and Islamabad.