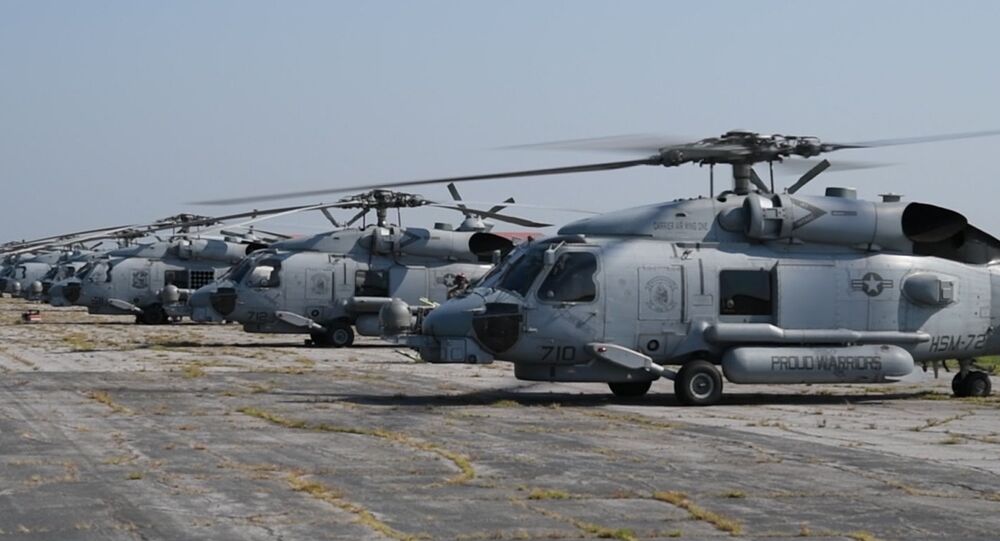 The Cabinet Committee on Security of the Central Government of India, headed by President Narendra Modi, on Wednesday cleared the country’s procurement of 24 MH-60R multi-role choppers for over $2 billion, according to Defense News. The exact price of the deal has been estimated to be anywhere between $2.12 billion and $2.6 billion.

The US-India deal, which has been anticipated for the past several months, comes as New Delhi intends to replace the Indian Navy’s aging, UK-made Westland Sea King helicopters, which have been in service for over three decades.

In early December, Indian Navy Chief Admiral Karambir Singh announced that the “letter of acceptance” from the US regarding the two dozen choppers had arrived and was awaiting approval.

Equipped with Lockheed Martin’s AGM-114 Hellfire air-to-surface missiles and Raytheon-made MK-54 torpedoes, the multi-role chopper will prove especially useful in naval defense operations - including search-and-rescue missions. The Economic Times reported that India is likely to use the MH-60R in upcoming missions regarding China’s increased presence in the Indian Ocean.

A deal between the US and India regarding the purchase of 18 Sikorsky S-70B Seahawk multi-role choppers previously fell through in 2017. At the time, then-Indian Minister of Finance Arun Jaitley argued that funds meant for the purchase should instead go to the “Make in India” program.

Approval of the deal comes just days before US President Donald Trump’s first presidential trip to India on February 24. The US president is expected to be accompanied by first lady Melania Trump and senior advisers Jared Kushner and Ivanka Trump.

While Trump has claimed that some 7 million individuals will be greeting him at the airport upon his arrival to the country, Municipal Commissioner of Ahmedabad Vijay Nehra has asserted that a total of 100,000 people will be lining the 22-kilometer route from the airport to Sardar Patel Cricket Stadium - the world’s largest stadium of its kind.