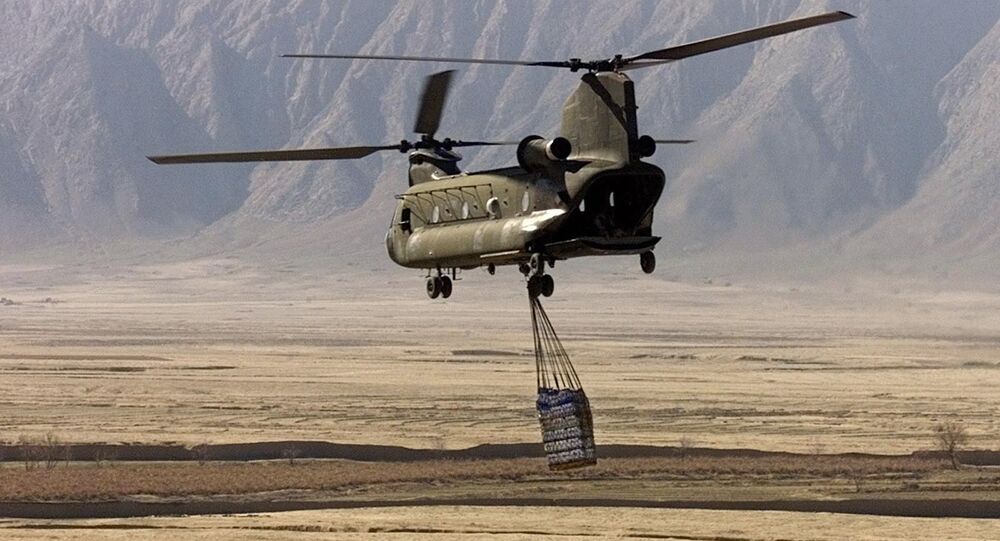 New Delhi (Sputnik): A multi-role, vertical-lift platform US helicopter has taken over from the Indian Air Force's erstwhile fleet of Russian Mi-26s in difficult terrain along India's border with China in the Himalayas, the highest potential battleground on Earth. It would be used to transport of troops and equipment.

India has inducted US-made CH-47F Chinook heavy lift helicopters into operation along its border with China in the northern Himalayan region. The Indian Air Force (IAF) on Friday confirmed the induction, while releasing the images of the chopper. IAF said Chinook heavylift helicopters are operating in Ladakh and on the Siachen Glacier, the highest and coldest potential battlefield in the world, where temperatures can reach -60 degrees.

“With its versatility and all weather prowess, the Chinook has enhanced IAF's heli-lift capability considerably,” IAF claimed while announcing that Chinook helicopters start operation in the northern sector.

The Chinook is part of the squadron of 126 ‘Featherweights’, based in northern Chandigarh, which were commissioned in March 2019.

With its versatility and all weather prowess, the Chinook has enhanced IAF's heli-lift capability considerably. pic.twitter.com/SeYIBn4fp3

​India had signed a nearly $3 billion deal for 22 Apache and 15 Chinook choppers with the American company Boeing and the US government in September 2015.

As of now, a total 10 Chinooks have joined the force, while rest would be delivered later this year.