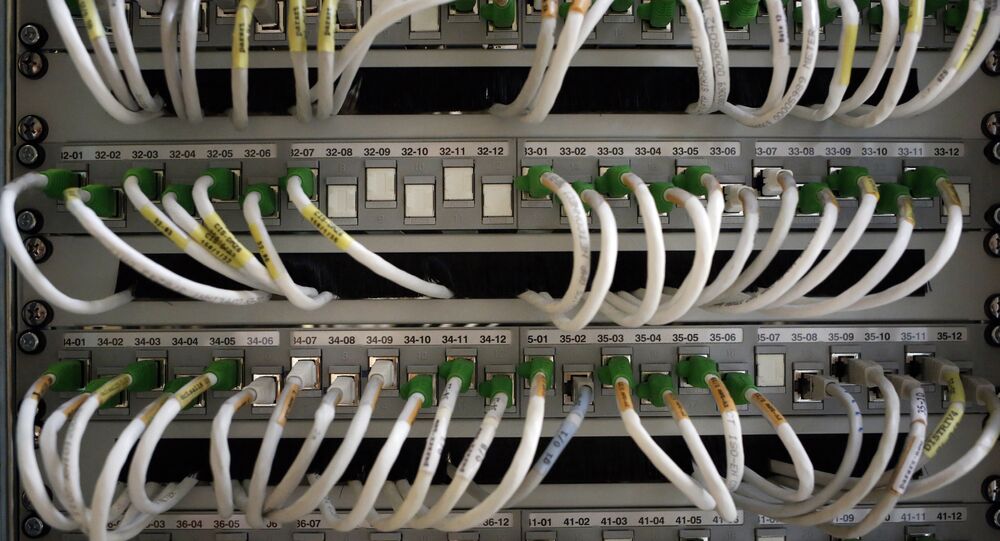 New Delhi (Sputnik): Ahead of his upcoming two-day visit to the country, US President Donald Trump said that although he likes Prime Minister Modi, India does not treat America very well. India has put a new law in place that can restrict Coronavirus-struck China's participation in its economy, in many ways, and possibly impress Trump.

The Indian Department of Telecom (DoT) has been given the authority to restrict Chinese equipment makers from participating in government projects, the media reported on Thursday.

The DoT is a body under the Federal Ministry of Communications.

Government initiatives involving railways, smart cities, and rural fibre connectivity require telecom gear and equipment, which if not available in India, are outsourced from international markets including the US, China, Taiwan, and South Korea among others.

Chinese equipment players like Huawei and ZTE – who are popular participants in the Indian tech sector – are bound to face the heat of this new government-backed decision, which would, in turn, be beneficial to American players.

US based vendors have been pushing for this since ages. Aaj party karenge wo https://t.co/oGevYEPDQH

​The news comes just days before President Trump is due to land in India with his wife Melania on a two-day state visit starting 24 February.

Last year, the US continually insisted that India ban China-based tech giant Huawei from participating in its 5G trials citing national security risks. However, snubbing the American warnings, India allowed Huawei and all other international players to take part in India’s 5G trials – which have now been delayed because of the Coronavirus epidemic - that has now killed over 2,000 people globally.

The response from both the US and China to India’s new move as of now remains unknown.

Meanwhile, India is getting ready to host the American President who will land in Prime Minister Narendra Modi’s home state, in Ahmedabad, where the two world leaders will unveil the world's largest cricket stadium and address a huge gathering.

A significant crowd is expected to line-up along the 13 mile-long (22 km) route from the airport to the venue. New walls decorated with graffiti have been built to hide the slums which Trump will be passing en route to the venue.

New Delhi will also host the American President, who is likely to visit the Taj Mahal in Agra city. In preparation for this, the government has released 500 cusecs of water into the Yamuna river to improve the river's "environmental condition”.