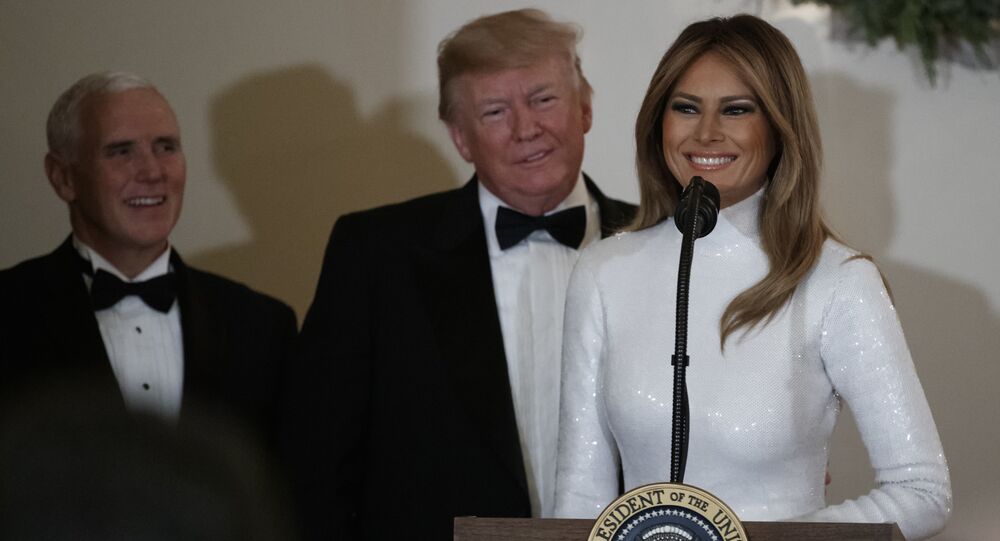 The US president and First Lady are heading to India for a maiden visit next week. The country is getting ready to impress the VIP guests with a rajah-like reception, which will include a special event at the world's biggest cricket field attended by Bollywood celebrities, and a 22-kilometre roadshow, with people, lined up to welcome Donald Trump.

It's expected that over $4 million will be spent on stages, decorations and cultural events for the 22-kilometre-long grand roadshow during Donald Trump's visit to India, the outlet Financial Express reports. It says that, overall, the preparations for the three-hour tour, including planting trees, setting up flower beds and resurfacing 18 roads, will cost around $17 million.

According to India Today, Trump will arrive on 24 February. Prime Minister Narendra Modi will meet him at the airport, and as they travel through the city of Ahmedabad, he will be welcomed by people lined up in the streets.

The guests are to make a stop at the Gandhi Ashram, where Trump will get a spinning wheel, two books about Mahatma Gandhi and a portrait of the Father of the Nation.

The roadshow is to culminate at the world's largest cricket stadium, Motera Stadium, where an event titled "Namaste Trump" will take place. It will reportedly gather 125,000 people, including Bollywood celebrities, who are to witness performances and a speech by Donald Trump.

© AP Photo / Michael Wyke
US May Sign Trade Deal With India This Month - Trump
A 10-member team, led by a female officer of the Indian Police Service, is to coordinate with Melania Trump's staff to provide security for the First Lady. As the FE reports, citing state General Administration Department sources, the all-female team has been given special training on how to talk, as well as instructed to change their Khaki uniforms to trousers and blazers.

Other stops on their journey will include Agra and the celebrated monument the Taj Mahal, cordoned-off for them, and Delhi for numerous official engagements, including a meeting with President Ram Nath Kovind and his wife, Savita Kovind.