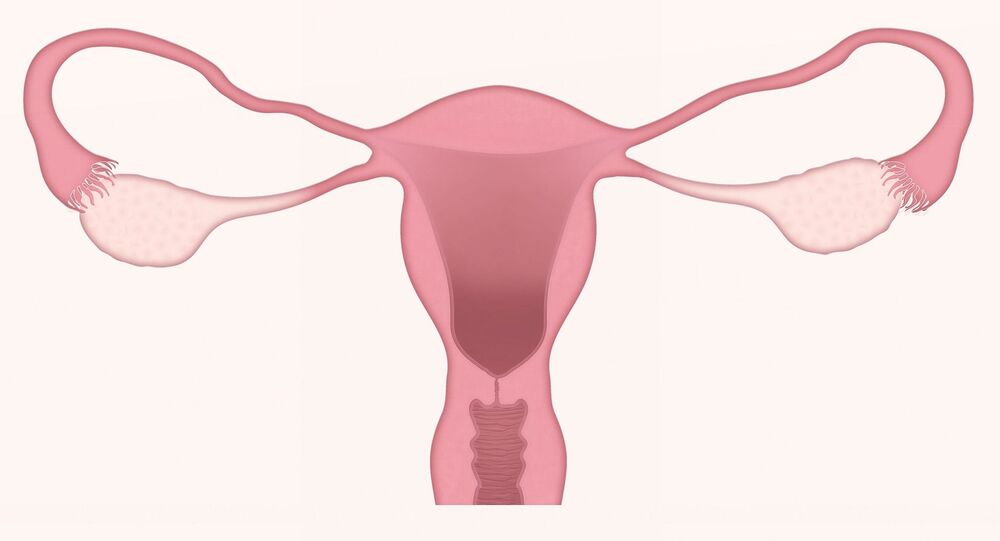 New Delhi (Sputnik): Menstruation continues to be a stigma in different sections of society around the world. Many people view it as an impure occurrence and thus exclude menstruating women from social and religious events, denying entry into places of worship. At many places in India, they are barred from entering shrines and even kitchens.

A godman in the Indian state of Gujarat, Swami Krushnaswarup Dasji has left many people dumbfounded after saying if menstruating women cook, they will be reborn as "Kutri" (a b***h) in next life.

The preacher didn’t stop there, adding that if a man consumes food prepared by a woman on her period then his next avatar would definitely be that of a "balad' (an ox).

The godman was giving a sermon to a huge gathering in the town of Bhuj.

Apparently, the controversy seem connected to a recent incident in which 68 girls from a college were allegedly compelled by authorities to strip down to verify that they were not menstruating as it is against the guidelines of the dorm.

The college, Shree Sahajanand Girls Institute (SSGI) in the same town, is run by a Trust of the Swaminarayan Temple of the same godman. In the video, the preacher can be heard making the scandalous remark while delivering a sermon.

The back-to-back incidents of menstruation shaming have left Twitter users outraged as they slammed what they described as a misogynist and sexist remark by the godman.

Menstruating women produce babies, if his mother was not menstruating he wd nt be here giving sermons.

I’d rather be a kutri than a swami. That doesn’t scan right but since I don’t believe in rebirth I hope you won’t mind. 😀

Kutris roaming around everywhere rt now were 'beautiful' women in previous lives. These beautiful women cooked while menstruating then!
'Ugly' bulls roaming around rt now have eaten food thus cooked in their past lives!

(Ok, adjectives are my addition)https://t.co/Y4Jjse2ctT

Another said that "the news is in 2020 and mindset of the people, knowledge and common sense is from Stone Age".

So Swami Krushnaswarup Dasji in previous life had food cooked by menstruating women??

And this is in the most progressive country, The United States Of Gujarat. Sadly, no amount of educational achievements will free the idiots from the clutches of these #Fraudmen. Even the #ISRO chief went to them before launching our space rockets.

​On 17 January, a college principal and three other staffers were suspended after a police case was brought against them for forcing 68 girls to remove their clothes and verify they were not menstruating. A senior college official claimed the check-ups were done because menstruating girls violate the dorm's rules.