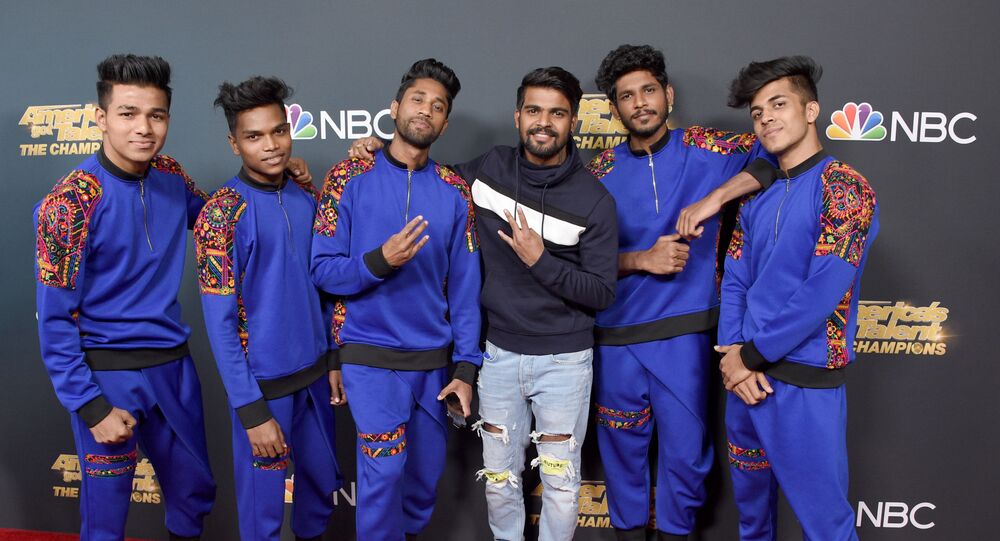 New Delhi (Sputnik): Indian dance troupe V. Unbeatable had set the bar high with their nerve-racking, gravity-defying performances in America’s Got Talent season 14 but crashed out after nearly getting hold of the trophy last year.

Mumbai-based group V. Unbeatable has finally clinched the winning trophy of "America's Got Talent: The Champions 2" after beating out the seasoned finalists.

The group members were in tears as they stood, waiting for the announcement on the stage. They thanked everyone after winning the prestigious trophy and said "it means the world to us" amid thunderous applause and loud cheers from the audience and judges.

Within moments of the announcement, Heidi Klum, one of the judges on the panel along with Simon Cowell, Alesha Dixon, and Howie Mandel, shared a video of the heart-racing moment when the winners were to be announced.

WOW!! I knew V.Unbeatable was special from the moment they walked on stage. Thank you for opening up the world to us, @v_unbeatable. You deserve this incredible moment.

The group’s exuberant final performance and a special encore with Blink 182 drummer Travis Barker left the audience and judges enthralled with heart-pounding summersaults through hoops, aerial flips, and leaps over chairs.

The group not only had Indian audiences rooting for them, but people across the world.

V. Unbeatable was formed in 2012 and had competed in India’s Got Talent, a reality TV show for people to showcase a variety of talent. The troupe first appeared in AGT-14 but crashed out at fourth place after reaching the finals last year. The troupe made a comeback after receiving a call for "America's Got Talent: The Champions 2" and entered the finals by earning the Golden Buzzer.