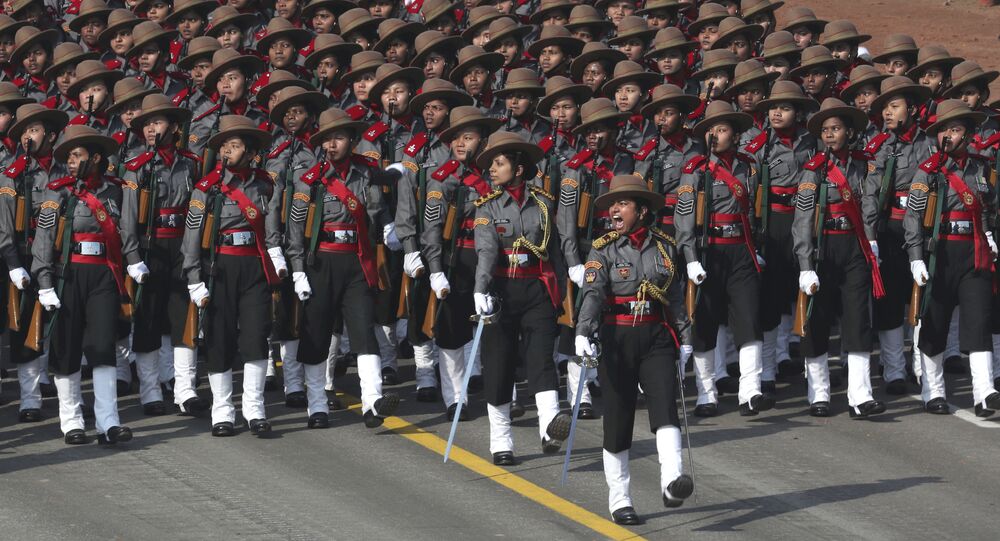 New Delhi (Sputnik): The Indian government has held against women commanding posts in the Army on the grounds that “troops are not yet mentally schooled to accept women officers in command”.

In a landmark judgement on Monday, the Supreme Court of India upheld a judgement of the High Court of Delhi, which had ruled that women officers in short service in the Army are entitled to a permanent commission at par with their male counterparts.

The Court has also asked the government to implement the ruling within three months and clarified that it was applicable for all women officers currently in service.

Delivering the judgement on Monday, Justice D.Y. Chandrachud said, "It is an insult to women as well as the army when aspersions are cast on women, their ability, and their achievements in the Army".

The apex court's ruling followed an appeal by the federal government, challenging the High Court of Delhi's verdict in 2010 granting permanent commissions to women officers in the Indian Army.

© Photo : YouTube/ The Times of India
India's Republic Day Parade This Year Awaits Display of Women Power More Than Ever
The Supreme Court ruling also said, “Absolute exclusion of women from command assignments is against Article 14 of the Indian Constitution and unjustified. The centre's (federal government's) argument that women can be given only staff appointments is unenforceable".

The federal government had cited physical limitations, reluctance of male troops predominantly from rural backgrounds to accept women in command, domestic obligations due to social roles of women, etc. as reasons for denial of command appointments to women. The court, however, held these grounds as "highly regressive".

The Indian armed forces started inducting women officers in 1992 but they were not allowed to take up fighting roles until 2016 when women were inducted as fighter pilots. The Indian Navy also introduced its first woman pilot in December 2019.

According to information provided to Parliament in June 2019 by the federal Defence Ministry, the Army had inducted 75 women officers, the Navy 29 and the Air Force 59 in 2018. The share of women in the Indian Army is 3.89 percent, the Navy 6.7 percent, and the Air Force is 13.28 percent.