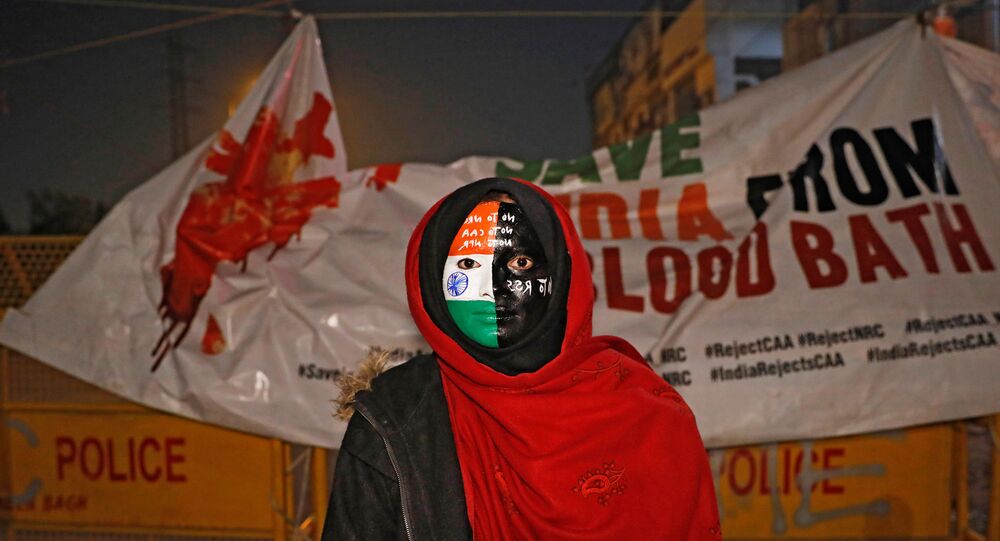 Indian Home Ministry has dismissed claims made by demonstrators at Delhi’s Shaheen Bagh area, who have been protesting against the Citizenship Amendment Act (CAA) since December 2019, that Union Home Minister Amit Shah was going to meet them and discuss the controversial legislation on Sunday afternoon.

​The protesters at Shaheen Bagh earlier alleged that Shah had "invited the entire country to come and meet him to discuss issues related to Citizenship Amendment Act" on 16 February at 2 p.m. local time.

"We don't have any delegation; anyone who has an issue with the CAA will be going", they said.

Protests against the CAA have been shown no sigh of abating since the law came into force in December 2019, resulting in the deaths of 25 people in clashes in northern Uttar Pradesh (18), northeast Assam (5) and southern Karnataka (2).

© Photo : Screenshot from Twitter/@AITCofficial
Indian Opposition Protests Against CAA, NRC as President Delivers Budget Speech in Parliament
The Citizenship Amendment Act of 2019, which was enacted by the Indian federal government in December, seeks to grant citizenship rights to illegal immigrants of Hindi, Sikh, Buddhist, Jain, Parsi, and Christian religious minorities who fled persecution in three neighbouring Islamic countries - Pakistan, Bangladesh, and Afghanistan, and arrived in India before 31 December 2014.

Muslim immigrants did not receive the same rights, which became the main driving force behind the ongoing protests, as demonstrators claim that the legislation violates the Indian constitution and is discriminating against Muslims.

The government, however, has brushed off these allegations, insisting that the law seeks to grant citizenship, not 'snatch' it, and is not partisan.