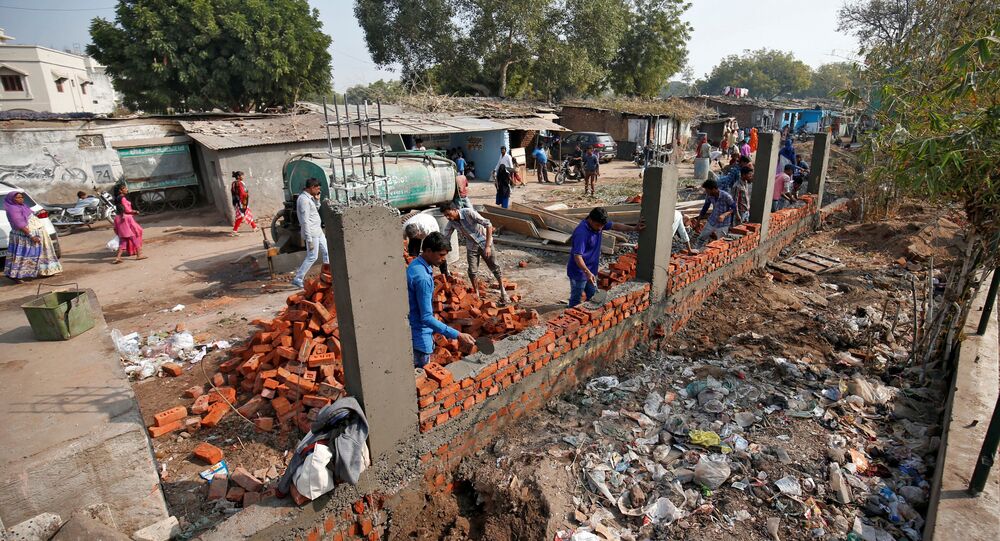 Ahead of US President Donald Trump’s visit to India, a wall is being erected along the route from the airport to Sardar Patel cricket stadium in order to hide the slums on the way.

The wall covers a  stretch between Sardar Vallabhbhai Patel International Airport in Ahmedabad and Indira Bridge and is being built by civic body Ahmedabad Municipal Corporation (AMC). “The 6-7 feet high wall is being erected to cover the slum area on an estimated 600-metre stretch. This will be followed by plantation drive along the stretch,” a senior AMC official told the English daily, the Indian Express.

The principal opposition party Indian National Congress took a jibe at Modi saying that promises to alleviate poverty remain unfulfilled, and that the Modi government has found a new slogan.

US President Trump also promised to build a wall at the US-Mexico border during the election campaign in 2016 to stop Mexican immigrants entering from the country's southern border.

This is Trump's maiden visit to India, after becoming US President in November 2016. Both countries are likely to hold discussions on a range of issues involving sectors such as trade and defence as well as regional and international security.