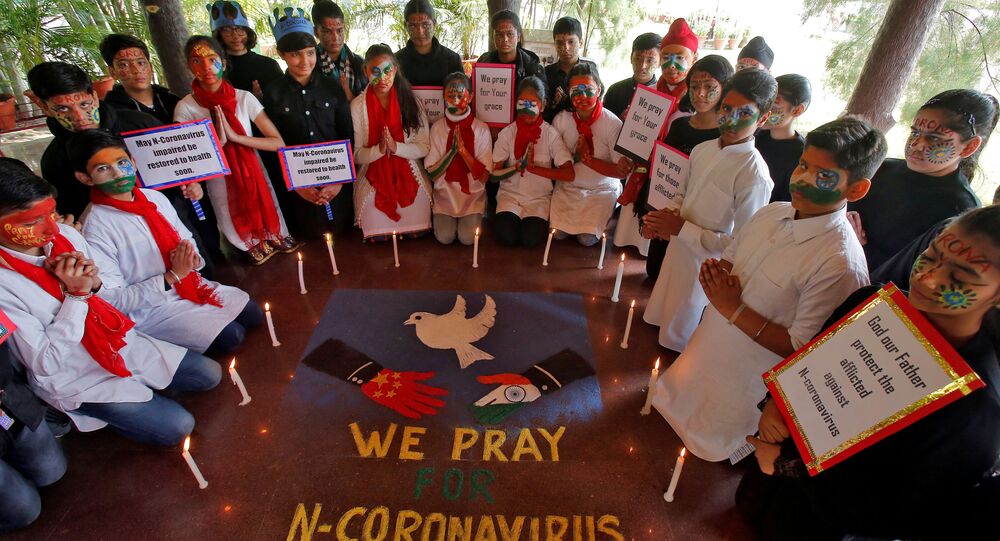 New Delhi (Sputnik): As China battles to contain the spread of the deadly Coronavirus infection with the death toll mounting every day, India has established a ministerial panel to review, monitor and evaluate the preparedness and measures taken to tackle the infection in the country.

India's federal Health Minister, Dr. Harsh Vardhan, has announced that New Delhi was also ready to send medical equipment, medicine or any other material to aid China in combating the virus as a goodwill gesture.

He confirmed that two Indians had tested positive among the crew of Diamond Princess cruise ship in Yokohama, Japan, along with 38 others who have tested positive on the ship, the largest infection outside China.

"We have been monitoring the situation with all state chief secretaries of India via video conferencing every day. We are in constant touch with the foreign ministers of other countries," added the minister.

All 645 Indians brought back from the coronavirus-hit city of Wuhan in first week of February tested negative for the virus and discharge guidelines are being issued. The evacuees were staying in two quarantine centres and medically examined on a daily basis.

The minister informed that passengers coming from China, Thailand, Singapore and other neighbouring countries were being constantly monitored.

Passengers of 2,315 incoming flights were screened at various airports across India.

Currently, 15,991 people are under community surveillance across India. According to the latest situation report released by the World Health Organisation, over 45,000 confirmed cases have been reported globally, while 1,114 deaths have been reported, all in China, barring one elsewhere.

Death Toll from Coronavirus in China Stands at 908, Over 40,000 Cases Confirmed