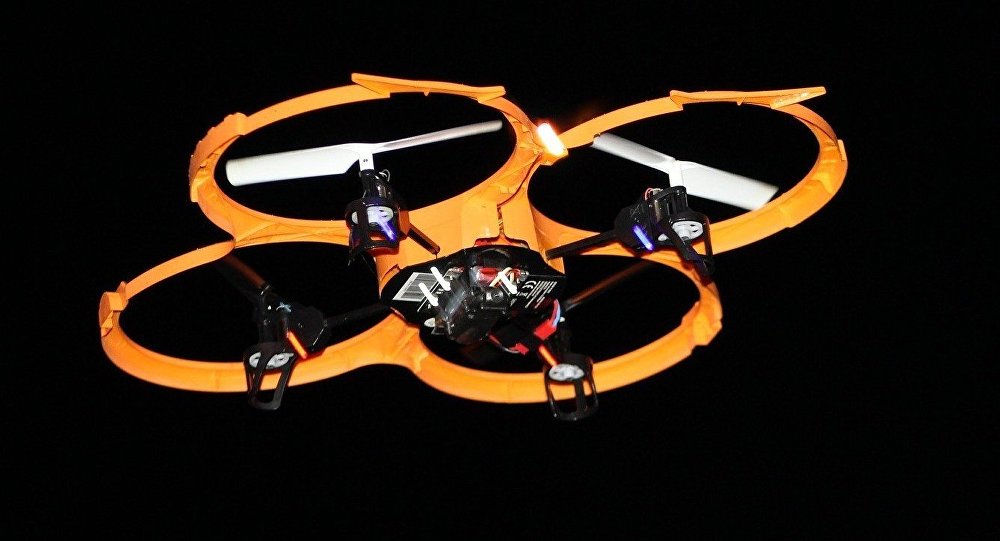 New Delhi (Sputnik): Police in India’s north western state of Punjab, which shares a border with Pakistan, have reported 10-15 drones making incursions into the state daily since August 2019. These incidents have become a matter of concern, as India doesn’t yet have the ability to neutralise all of the UAV's.

The drones entering Indian airspace are carrying arms and drugs. On 27 January, the BSF claimed it shot down a Pakistani drone along the international border.

In September 2019, Punjab state authorities warned the federal government after eight drones were allegedly used by Pakistan to airdrop a large number of AK-47 assault rifles and grenades into Amritsar.

“It is the jihadi outfits who have shared the drone capability with the Khalistani groups and our understanding is that outfits like Lashkar-e-Taiba and Jaish-e-Mohammed have a whole inventory of these drones,”  the Director General of Punjab Police Dinkar Gupta was quoted by news daily Hindustan Times.

Earlier this month, India's foreign intelligence agency, the Research and Analysis Wing (RAW) got hold of a map of Khalistani outfits, in which they had marked a corridor from Punjab to Delhi. RAW subsequently informed the National Investigation Agency and security forces to be on alert.

Since then, intelligence in India has been on high alert for possible subversive activities by Khalistani separatists, who are fighting for a separate homeland for the Sikh community. After the opening of the Kartarpur Corridor into Pakistan, India alleged that Pakistan was trying to facilitate the incursion of  Khalistani groups to Punjab. Police in Jammu and Kashmir also suspected links between terrorists and Khalistani outfits in Punjab.

India’s federal home ministry ordered the adoption of new anti-UAV mechanisms to neutralise drones used for weapons delivery near the border with Pakistan.

Security agencies deployed along the international border have received clearance to shoot down drones crossing the boundary at below 1,000 feet.