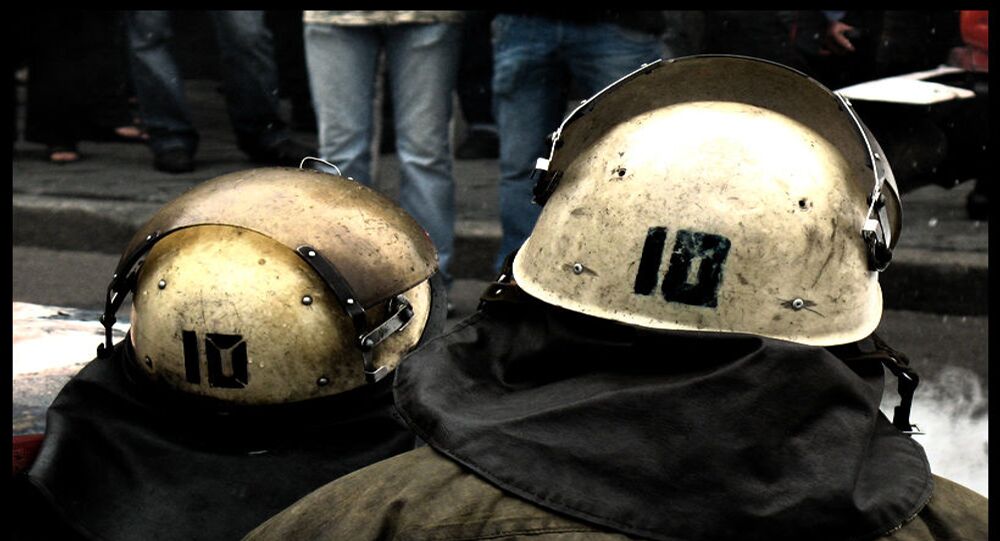 New Delhi (Sputnik): The Indian cities of Mumbai, Delhi and Jammu have each reported major fire incidents. While the incidents in Delhi and Mumbai broke out on Thursday, the incident in Kashmir occurred on 12 February. The third fire reportedly has yet to be extinguished.

A massive fire broke out inside a three-storey commercial building on Thursday in India's Andheri  regioneast area of Mumbai city at 11.30 a.m., requiring 12 fire teams to be rushed to the scene to put out the blaze.
According to the police, the fire started in the server room of an office on the second floor and later spread to other floors. More details of the incident will be reported as they arrive.

​In a separate incident, a fire was reported in a two-storey spare parts factory in Delhi's Mundka area. Over 15 fire crews have been engaged to douse the flames. There was no immediate report of any casualty.

Meanwhile, three firemen were killed on Thursday and six people left injured when a three-storey building in Jammu's Golepulli area collapsed while efforts to douse the fire were underway, a police official said. The fire had occurred on Wednesday.

“We lost three personnel in the incident, while six persons — four civilians and two firemen — were rescued in an injured condition and were evacuated to a hospital,” Director General of Fire and Emergency Services VK Singh told Indian media agency Press Trust of India.

According to the officials, the building contained massive stocks of timber which caught fire, and a gas cylinder also exploded during the fire rescue operation, this caused intense heat and the collapse of the building. The National Disaster Response Force (NDRF) has been deployed to rescue the trapped people.